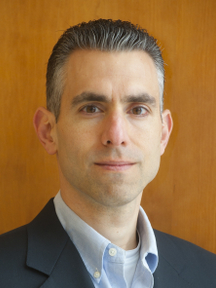 Ed Rentezelas earned his B.A. in history and political science in 1996 at Rutgers College in New Brunswick, and his J.D. in 1999 at Rutgers Law School.  He is admitted to practice in New Jersey.  After law school, he served as a law clerk to the Honorable Bette E. Uhrmacher in the New Jersey Superior Court, and then practiced law at the New Jersey Attorney General’s Office.

Dean Rentezelas then entered higher education, and has held positions at the University of Pennsylvania, Georgetown University, and Princeton University with concentrations in student affairs, student conduct, and academic integrity.

Dean Rentezelas joined the law school in June 2011.  Dean Rentezelas serves as the main academic advisor to all Camden based law students, creates the semester schedules and academic calendars, supervises the exam and grading process, collaborates with the University with regard to registration, academic integrity and student conduct matters, and serves on multiple committees.

Dean Rentezelas is a long standing member of the law school alumni association, and has served as both Chancellor (2011-13) and Secretary (2009-11) on the alumni executive board.