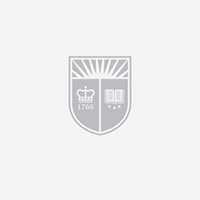 Frank Askin retired in 2016 after 50 years at Rutgers Law School, where he was a nationally-known Constitutional Law expert. He founded the Constitutional Rights Clinic and was the longest-serving general counsel for the ACLU. Upon his retirement, he was awarded the Rutgers Medal, and the clinical wing of the law school was renamed after him and his wife Marilyn.

Professor Askin entered Rutgers School of Law–Newark in September 1963 as a student — after an earlier career as a journalist — and has been here ever since. He was appointed to the faculty upon his graduation with highest honors in 1966. Admitted to the law school without an undergraduate degree, he was awarded a B.A. from City College of New York at the same time he received his J.D. from Rutgers.

In 1970, Professor Askin established the Constitutional Litigation Clinic as part of the law school’s curriculum; he still is associated with the clinic (now known as the Constitutional Rights Clinic). Under his guidance, the clinic litigated the first police surveillance cases in the nation; battled the FBI over the investigation and maintenance of files on two precocious New Jersey high schoolers who corresponded with “the wrong persons”; defended affirmative action programs up to the U.S. Supreme Court; challenged the New Jersey State Police for stopping and searching “long-haired travelers” on the state’s highways; argued for the right of the homeless to vote and to have access to public library facilities; and protected the right of grassroots advocacy groups to take their messages door-to-door and to privately owned shopping malls.

Most recently, Professor Askin and his students have successfully extended the free speech provisions of the New Jersey Constitution to protect homeowners in privately-run residential communities (POAs, HOAs, etc.), making New Jersey the first state to provide such protection through litigation.

Professor Askin was a member of the National Board of the American Civil Liberties Unions  for 40 years, and served for 36 years as one of ACLU's four General Counsel, thr longest serving General Counsel in ACLU history. He is now General Counsel Emeritus. In 1986, he was the (unsuccessful) Democratic candidate for Congress in New Jersey’s 11th District, covering parts of Essex and Morris Counties. Professor Askin is one of the featured writers on the Star-Ledger’s NJ Voices.com. His memoir, Defending Rights: A Life in Law and Politics, was published in 1997 by Humanities Press. He is listed in Woodward & White’s Best Lawyers in America.