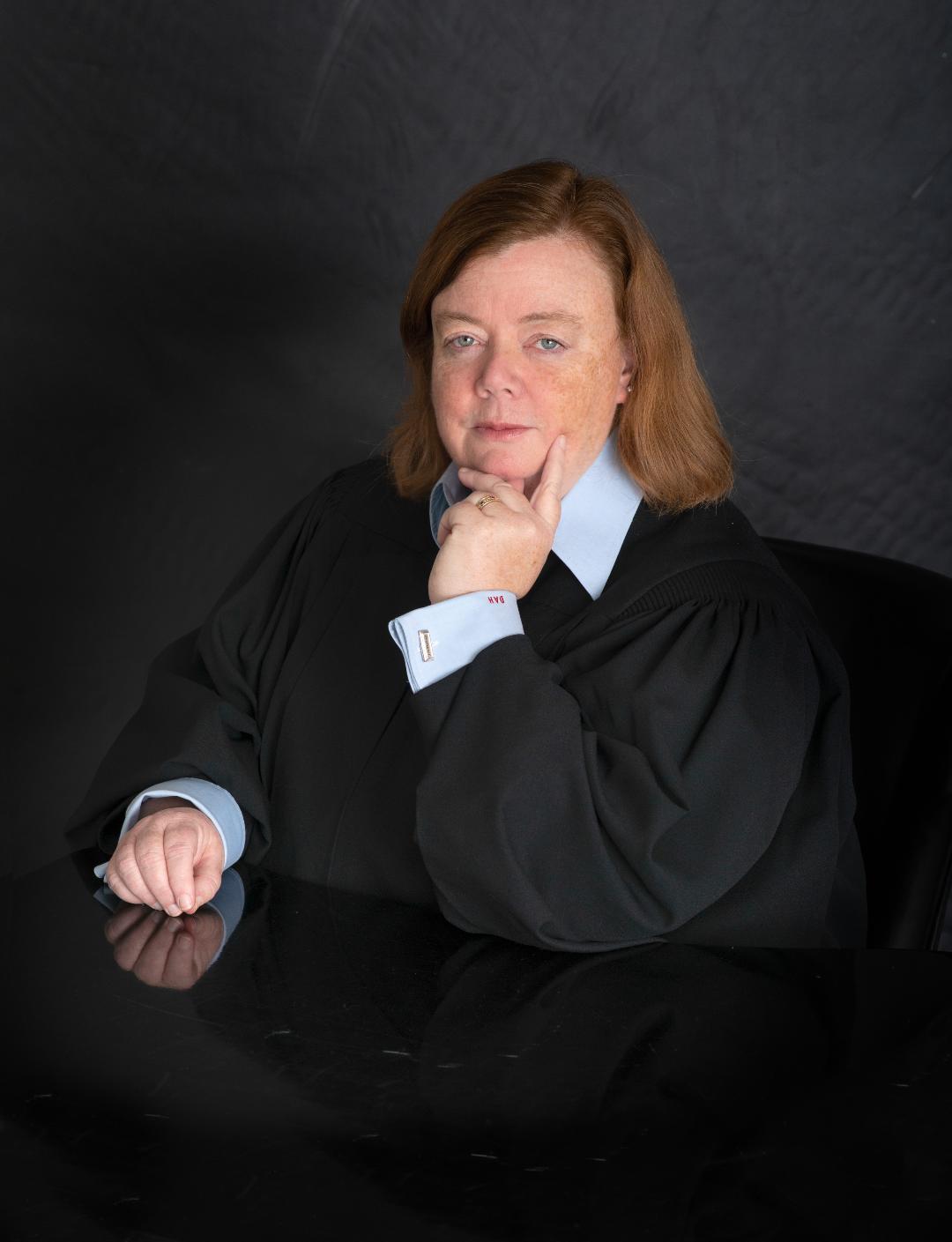 Judge Harbeck is an Immigration Judge for the U. S. Department of Justice, Executive Office for Immigration Review (US- DOJ-EOIR). She is the Secretary/Treasurer of the National Association of Immigration Judges (NAIJ) which is a component of the International Federation of Professional & Technical Engineers (Judicial 2) Union (IFPTE-AFL-CIO). The views expressed in her classes, presentations and articles do not necessarily represent the official position of the United States Department of Justice, the Attorney General, or the Executive Office for Immigration Review. The views represent the author’s personal opinions, which were formed after extensive consultation with the membership of the NAIJ.

She was appointed to the Elizabeth, NJ Immigration Court in 2006 and transferred to the New York City Immigration Court in 2019. She received a Bachelor of Arts degree, cum laude, from Wellesley College, with honors in English and a special studies certificate with honors from the Universite’ Catholique De L’Ouest in Angers, France. She earned her Juris Doctor from Seton Hall University School of Law, where she was awarded the ASCAP/Nathan Burkan Prize for a meritorious paper on the use of demonstrative evidence in musical copyright infringement cases. She completed The Worker Institute--Labor Leadership Skills Certificate Program at Cornell University, Industrial and Labor Relations (ILR School) in 2017. She attended a program on comparative law at Jesus College, Cambridge University in the United Kingdom. She also received a certificate in trial advocacy skills from the National Institute of Trial Advocacy (NITA) at the University of North Carolina, Chapel Hill.

Having completed the NITA Teacher Training Program in Boulder, CO, Judge Harbeck also teaches trial and deposition skills in NITA workshops. Judge Harbeck’s particular research interests include citizenship and identity, as well as the presentation of evidence in trial court. She has been a faculty member at the Madeleine Korbel Albright Institute for Global Affairs at Wellesley College, where she has taught on the history of citizenship. She has also been a faculty member at the U.S. Department of State—Seven Sisters College Consortium on Women in Public Service Program (WPSP) Institute. She has been a faculty member of the New Jersey Judicial College on immigration law in 2008, 2011, 2016 and 2017. She has published several law journal and legal periodical articles, listed below. Some of her articles have been listed as supplemental material in the Code of Federal Regulations (C.F.R.).

Judge Harbeck is actively involved with the National Association of Immigration Judges (NAIJ).  In her capacity previously as the NAIJ Eastern Region Vice President, she initiated a trial skills project at area law schools-- a series of volunteer lectures at law school clinics focusing on the importance of clear direct and cross examination skills. Although she has done this in her capacity as an executive board member of NAIJ, no NAIJ funds or official government time allocations have been utilized for the project.  Judge Harbeck has funded this herself and used her annual leave time. She has also authored three peer review law journal articles and several legal periodical articles on the importance of trial skills and other timely practical considerations for lawyers involved in matters coming before the Immigration Courts.

She cites Thomas Jefferson’s reason for writing the Declaration of Independence as the rationale for effective direct testimony—“to put before all mankind the commonsense of the matter in terms so plain and firm as to command their assent.”   She has given her trial skills lecture several times at Seton Hall Law, Rutgers Law (at both the Newark and in Camden campuses), Harvard Law, New York Law and Stetson Law. She has also given this lecture at Georgetown Law, Cardozo Law, and the University of Puerto Rico, Escuela de Derecho in Rio Piedras, University of Maryland –Baltimore Carey, Washington College of Law at American University and the University of the District of Columbia.

She is a member of the executive board of the Federal Bar Association – Immigration Law Section and was recognized by two separate FBA components for her efforts in education and legal scholarship. She was awarded the FBA-ILS 2014 Award for Excellence in Continuing Legal Education and Legal Scholarship (11th Annual Conference in Memphis, May 16, 2014) and also the Federal Bar Association – NJ Chapter William Strasser Award for Outstanding Achievement in Continuing Legal Education (33rd Annual Conference in Newark, May 21, 2014). For her CLE and publication efforts, she was appointed as a Fellow of the Federal Bar Foundation in 2014.

Prior to her appointment to the bench, Judge Harbeck was a litigation attorney in private practice. She has tried civil jury cases and New Jersey Department of Labor cases. She has argued in trial and appellate courts at both the state and federal levels including the Third Circuit Court of Appeals and the U.S. Supreme Court. She is a former Assistant Warren County Counsel and former alternate municipal prosecutor for Atco Township, Camden County. She is a master at the Haydn Proctor Inn of Court (Monmouth County, NJ), where she was initially a pupil in its inaugural class approximately 30 years ago. Judge Harbeck is a member of the N.J. and N.Y. state bars.

Judge Harbeck is an avid photographer and her photos have been published in The New Jersey Lawyer, The Federal Lawyer and the ABA Judges’ Journal. She was a finalist in the 2018 and 2019 New Jersey Bar Foundation Art Show.

“Objections in Immigration Court: Dost Thou Protest Too Much or Too Little?” Stetson Journal of Advocacy and the Law, Fall, 2018 (cite as 5 Stetson J. Advoc. & L. 1).

“DOJ Tries to Silence the Voice of the Immigration Judges - Again! The Second Attempt to Decertify the National Association of Immigration Judges,” The Federal Lawyer, December, 2019, secondary author (NAIJ capacity).

“In Borrowed Robes: A Day in the Life of an Immigration Judge,” The Judges Journal/ ABA (July, 2017).

“In Terms so Plain and Firm as to Command Assent: Preparing and Conducting Optimal Direct Examination of the Respondent,” The Federal Lawyer, Jan/Feb 2017.

Secondary author: “A View from the Bench by the National Association of Immigration Judges,” The Federal Lawyer, Oct 2016.

“The Vanishing Visibility: How the Third Circuit has Changed Requirements for Particular Social Groups In Asylum Claims, The Federal Lawyer, March, 2012, primary author.