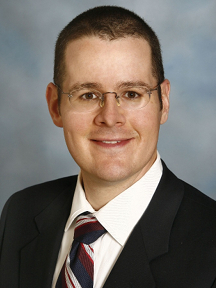 John Murphy focuses his practice on patent, copyright, trademark, trade secret, and other intellectual property litigation. John represents both plaintiffs and defendants in district courts and before the U.S. Court of Appeals for the Federal Circuit, as well as the U.S. International Trade Commission, arbitration panels, and mediators. In addition to litigation, John’s practice includes review proceedings at the patent office, as well as other phases of the intellectual property life cycle, including U.S. and foreign prosecution, patentability studies, freedom-to-operate studies, and licensing.

John’s representations have involved a variety of technologies, including orthopedic medical devices and materials, chemical and biological therapeutics, semiconductor manufacturing, commercial packaging, cryptographic and other software, as well as proprietary business information. As an example, John recently represented Microsoft in Paone v. Microsoft, patent litigation involving wireless and disk-encryption technologies. Upon receiving several favorable Court rulings, the case settled prior to trial. John was also part of the Microsoft team in a matter before the ITC against Barnes & Noble, which settled after the evidentiary hearing. Additionally, John helped lead Woodcock teams to obtain a string of good results for Orthofix in several patent, trade secret, and licensing disputes.

Furthermore, John represents veterans (on a pro bono basis) before the U.S. Court of Appeals for Veterans Claims, seeking to establish their entitlement to veterans benefits and other related issues.

John is a graduate of Harvard Law School, where he was editor-in-chief of the Harvard Journal of Law & Technology. He also draws on both specific and general aspects of his technical background in his practice. Prior to law school, he completed his Ph.D. at Caltech, where he focused on the analysis of gene expression in the context of a laboratory focused on developing new methods for non-viral gene therapy. First, he developed and patented a new quantitative method for measuring the abundance of particular sequences of mRNA. Second, in conjunction with the Machine Learning Systems Group at NASA’s Jet Propulsion Laboratory, he developed new computational methods for finding biologically significant patterns in large-scale gene expression data. From this and other experiences, John developed expertise in bio-organic chemistry, machine learning and pattern recognition, gene therapy, molecular biology, bio-nanotechnology, catalysis and catalytic materials, and industrial chemistry.