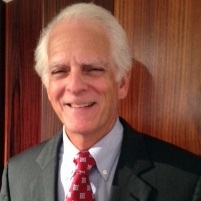 Since 1997, Mel Shuster has been an adjunct professor at the Law School teaching Pretrial Advocacy. Mel has more than thirty years of experience in diverse aspects of civil litigation, legal staff supervision and litigation management. During his career, he has engaged in complex litigation in state and federal courts involving civil trial and appellate matters, frequently on behalf of insurers and their insureds.

Mel presently practices in the areas of commercial and personal injury litigation. He previously served as a trial attorney for a major American insurer, handling sophisticated insurance coverage issues and cases involving environmental, toxic tort and long-term exposure claims. In the past, he has also handled a variety of other coverage issues, particularly in the professional liability, property and casualty contexts, as well as alleged insurer bad faith claims.

Mel's litigation experience goes well beyond the insurance coverage field. He has handled a full range of insurance defense cases, from simple tort claims to complicated professional liability, property and casualty actions. Mel's commercial litigation experience also includes actions in non-insurance contexts, including intellectual property cases and various contract matters. He has tried a good number of cases to verdict, including both jury and bench trials.

Throughout his career, Mel has also taken pride in his ability to prepare cogent appellate briefs and present persuasive appellate argument. He has participated in leading Pennsylvania appellate cases involving prejudicial late notice to insurers, the insurability of punitive damages and the degree of intent required for coverage under banker's blanket bonds.

Mel devoted his first ten years of practice to public service. As a Deputy Attorney General in the Pennsylvania Department of Justice, he represented the governor and other senior officials in major cases which often involved significant questions of constitutional law, statutory interpretation and public policy. Thereafter, as an assistant district attorney in Philadelphia, he directed grand jury investigations into business opportunity schemes and fraud, investigated commercial theft and personally handled all aspects of prosecution, from preparation of presentment and preliminary hearing through trial and appeal.

Mel's professional and community involvement has been extensive and varied. He has served as both a mediator and an arbitrator for the United States District Court for the Eastern District of Pennsylvania and the Philadelphia Court of Common Pleas. Mel has been an active member of the Philadelphia Bar Association, chaired several of its committees and participated in a number of bar-sponsored panels on legal ethics. For many years, he has served as a board member and officer of two condominium associations. He served as a regional vice-president of the American Jewish Congress and a board member of the Anti-Defamation League of B'nai B'rith, and is currently a member of the American Israel Public Affairs Committee (AIPAC).

Mel is a graduate of the University of Pennsylvania Law School and The Johns Hopkins University. He and his wife Susanne, a certified public accountant, reside in Center City Philadelphia.