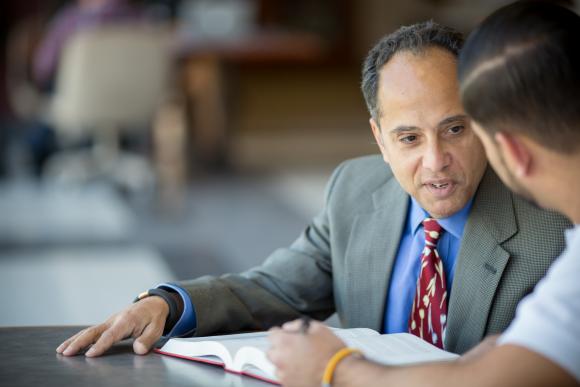 “We at Rutgers Law are proud of the long years of hard work and dedication done by Associate Dean Dubin, who has led our nationally recognized and award-winning clinical program. Under his leadership, it has grown to provide needed legal help to the larger Newark community, and transformative and valuable educational experiences for students, and is staffed by a diverse group of professors and lawyers who are among the top in their fields. It is fitting he should receive this honor, which coincides with the upcoming 50th anniversary of the clinics,” said Rutgers Law Co-Dean David Lopez.

The university distinction recognizes sustained and exceptional service of faculty members who, after having reached full professorial status, demonstrate service above and beyond what is expected and who have made a recognized exceptional impact bringing acclaim to them, the university, the broader community, the academic community, state, or nation.

Dubin is the first Director and Associate Dean of Clinical Education at Rutgers Law School in Newark. An expert in social security disability law, he has won national awards for his scholarship, public interest lawyering, and contributions to clinical education. He’s published writings cited multiple times in U.S. Supreme Court decisions and has successfully litigated in landmark cases including a U.S. Supreme Court and several U.S. Court of Appeals victories. He has co-authored the only casebook on social security law, and a leading treatise on federal court social security disability practice and procedure, and provided Congressional testimony on social security adjudication. He has been inducted into the National Academy of Social Insurance—one of the highest honors for social insurance professionals.

Dubin is the third Rutgers Law faculty member to be awarded with the professorship and the first in 15 years.

“It is a tremendous honor to receive this professorship, and be associated in any manner with Rutgers faculty law giants and path breaking publicly engaged scholars and legal advocates like Paul Tractenberg and John Payne, the prior two law faculty recipients,” he said.

Dubin received his A.B. from Dartmouth College and J.D. from N.Y.U.  Before coming to Rutgers, he worked as Professor of Law and Clinical Director at St. Mary’s Law School, as staff attorney for the NAACP Legal Defense Fund and ACLU, as Director of Litigation at the Harlem Neighborhood Office of the Legal Aid Society, and law clerk to U.S. District Judge John L. Kane.