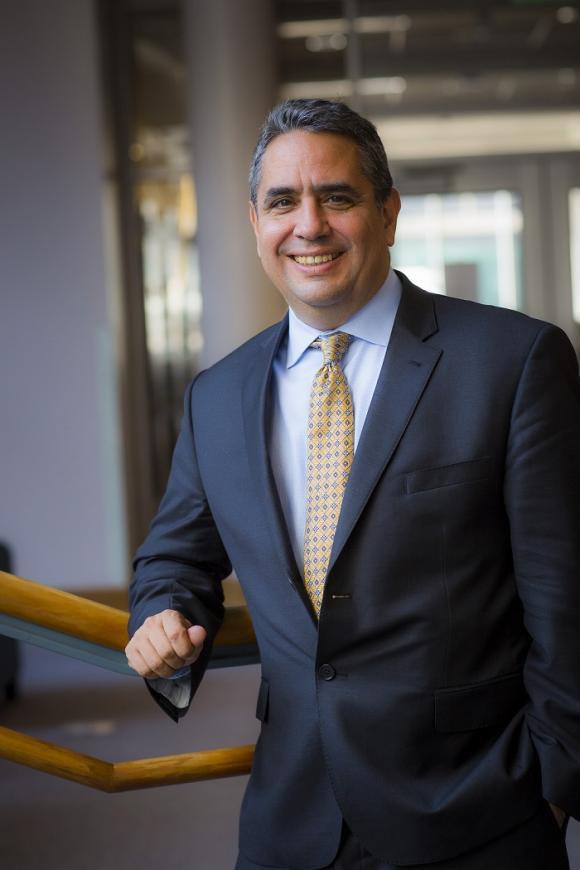 Rutgers Law Co-Dean David Lopez, a former General Counsel at the Equal Employment Opportunity Commission and civil rights expert, testified before the Congressional Subcommittee on Consumer Protection and Commerce about the importance of diversity in the big tech workplace. He also talked about implicit bias that can guide the algorithms that tech companies use to allow their advertisers to target demographic groups.

In his remarks on March 6, Lopez noted that the number of African Americans and Latinos combined working in the tech industry ranges from 15% to 28%, with whites ranging from 63 to 68 percent of the workforce.  The difference is even more stark at the executive level.  High tech executives are comprised of 80 percent men and 20 percent women, according to data gathered by the EEOC. He added, however, that the industry has an opportunity to increase its diversity in the near future since computer science jobs are projected to grow much quicker in the next few years than other occupations.

“Two of the largest companies dominating the tech industry, Apple and Google, still have very low percentages of employees who are Black or Hispanic, despite their attempts to hire more diverse employees and increase transparency in those efforts,” Lopez said. “In addition, both companies have persistent gender disparities in leadership and other employment levels.”

Lopez also pointed out that the large corporations that dominate the tech industry often use artificial intelligence, data analytics and algorithm-based research in hiring that weed out people of color and perpetuate a lack of diversity in the workforce.

“They have the potential to expand opportunity for all Americans if used responsibly,” he said. “However, these digital tools present an even greater potential for misuse if they lock in and exacerbate our country’s longstanding disparities based on race, gender, and other characteristics.”

Lopez cited several instances where companies including Amazon and Facebook were using predictive analytics in hiring and discovered that those analytics were biased against women, limited job advertisements based on age, gender and race, and learned about women’s pregnancies using consumer data, before the women had disclosed them.

“As a lifelong civil rights lawyer, I am particularly interested in the danger that the use of big data, algorithms, artificial intelligence and predictive analytics poses in denying opportunity and fairness in employment, education, credit, insurance, housing, public accommodations and the criminal justice system.”

Besides calling for more transparency in the hiring practices of technology companies, Lopez has proposed Rutgers University engage in interdisciplinary research “emphasizing the 21st century skills of programming and data science toward decreasing social injustice.” That study, he said, would, “Develop a workforce development infrastructure that will spin-out ideas developed in research, and expertise developed in education, into companies and non-profits that improve our society and strengthen our democracy.”

Lopez reflected on his testimony, which he said was well-received by the subcommittee, which functioned in a bipartisan manner, “Many institutions are becoming increasingly reliant on predictive analytics and artificial intelligence to screen employees, advertise housing opportunities, make sentencing and parole decisions, and a vast range of other functions. It is critical that these emerging tools function in a fair, non-discriminatory manner. Often they have not.”

He continued, “It is important that the companies developing various predictive tools and artificial intelligence break out of any bubbles, form diverse teams, and remain attentive to societal values such as privacy, non-discrimination, fairness, and competition.”

Inclusion in Tech: How Diversity Benefits All Americans