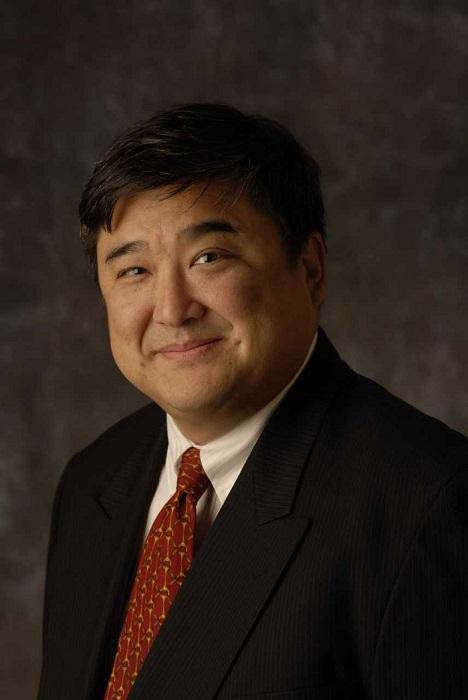 Ronald K. Chen, who recently stepped down as the Co-Dean of Rutgers Law School, has been named a University Professor by the Rutgers University Board of Governors, effective August 15.

As a University Professor, Chen will have the University-wide privilege of teaching and conducting research and educational activities across disciplines and schools. After a sabbatical year in 2018-2019, Chen plans to continue teaching at Rutgers Law School’s Newark location and engage in scholarship and advocacy in the area of civil liberties.

Chen ’83, a former state Public Advocate from 2006-2010, served as Acting Dean, Dean and Co-Dean of the law school, leading it through its merger in 2015 with Rutgers Law School in Camden. In addition, he has taught Contracts, Federal Jurisdiction, Mass Media Law and Church-State Relations since joining the faculty in 1987. He also appears frequently as an advocate in civil rights and civil liberties cases in his capacity as a faculty member in the law school’s Constitutional Rights Clinic.

“I couldn’t think of anyone more deserving of the University Professor appointment,” said Rutgers University – Newark Chancellor Nancy Cantor. “Ron brings a characteristically broad and nuanced view of the essentially democratic purposes and human impact of the law to everything he does, whether as attorney, public advocate, scholar, teacher, advisor, mentor, or academic leader. We’re profoundly grateful for the ways in which he did that as co-dean of the law school—from helping guide the merger of Rutgers’ law schools in Newark and Camden, to leading scholarly innovations such as the hiring of a social justice faculty cluster, to celebrating the 50th anniversary of the law school’s remarkable MSP program, to bringing the law school’s expertise to bear on matters of local, state, and national importance such as advocating for undocumented students and their families.  We can’t wait to see how he does likewise in his new role as University Professor.”

He is a widely sought-after speaker and is a frequent media commentator.

Chen earned a bachelor’s degree from Dartmouth College in 1980 and received his J.D. from Rutgers Law School with high honors in 1983, where he was editor-in-chief of the Rutgers Law Review and the Saul Tischler Scholar, and received the Alumni Senior Prize for greatest promise as a member of the legal profession. He served as law clerk to the Honorable Leonard I. Garth of the United States Court of Appeals for the Third Circuit, and then was associated with the firm of Cravath, Swaine & Moore until 1987 when he returned to the law school as a member of the faculty,

He was named the New Jersey Law Journal’s “Lawyer of the Year” for 2007, in large part because of his work in using state constitutional principles to prevent eminent domain abuse. Among the other awards he has received are the Fannie Bear Besser Award for public service given by the Rutgers School of Law–Newark Alumni Association, the 2007 Mel Narol Excellence in Diversity Award given by the New Jersey State Bar Association, the 2002 Roger Baldwin Award bestowed by ACLU-NJ for contributions to civil liberties, and the 2001 Outstanding Achievement Award and the 2016 Trailblazer Award, both bestowed by the Association of Asian and Pacific American Lawyers Association of New Jersey.

Outside of the legal profession, Chen is actively involved in the sport of rowing, and served as an umpire at the 1996 Atlanta Olympics and numerous other international rowing championships.  He has served as Vice-President and Board member of the United States Rowing Association, and currently serves on the Masters Commission of the International Rowing Federation.

Before stepping down, Chen started a Public Service Internship Fund to endow stipends for Rutgers Law students who work on internships in the public sector. Pledging $100,000 of his own money to start the fund, it will pay $5,000 to law students who have “shown merit and a history of overcoming challenges to enable the student to pursue a summer placement promoting social justice or public interest law in government service or for a public interest legal organization.”