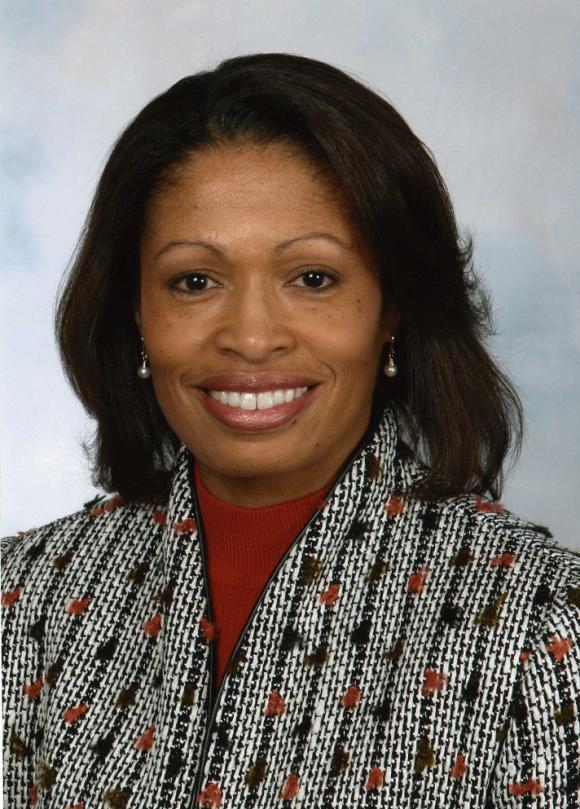 Rutgers Law graduate Marcia Anderson ’84 has worked in insurance litigation, as the in-house counsel for a utility company, and as a staff attorney for the 2nd Circuit Court of Appeals. She has been in her current position as Clerk of the Bankruptcy Court for the Western District of Wisconsin since 1998.

But Anderson may be best known for her work outside of the courtroom.

As an undergraduate at Creighton University in Nebraska, Anderson joined ROTC because she needed a science credit. After graduation, she continued to serve in the U.S. Army Reserves, rising through the ranks. She also attended Rutgers Law School in Newark, graduating in 1984. In 2008, she was named Brigadier General, and in 2011, Anderson became the first African-American woman in Army history to become a Major General, or a two-star general.

For most of her career, Anderson worked a civilian job during the day and did her reserve duty on weekends, in addition to spending two to three weeks a year in required training. From 2010-2011, Anderson left her job to help lead the Army Human Resources Command in Fort Knox, Kentucky, as the Deputy Commanding General, and from 2011-2014, she was the senior military advisor to the Chief of the Army Reserves at the Pentagon.

“I was fortunate to perform well in a variety of assignments from commanding soldiers to working as a staff officer,” she said. “I volunteered on numerous occasions to deploy during Desert Storm, as well as the current conflicts, but was not selected. I did work for many years as a trainer and someone who oversaw the training of thousands of reserve and guard soldiers, sailors, marines and airmen - I am very proud that I was able to help prepare them so they could perform their missions and come home.”

While at Rutgers Law, Anderson participated in the Women’s Rights Law Reporter and the Black Law Students Association. She also clerked for a state Superior Court Judge in New Brunswick, as well as working in the private and public sectors in New York and Boston, before returning to the Midwest to continue her legal career.

She said there were two speakers in high school during the late 1970’s that inspired her to become a lawyer. Both were African-American women. One was a practicing Assistant U.S. Attorney and the other was a state legislator, who balanced her career with raising her children.

Anderson recalled the state legislator, “I was in awe of how talented she was and how she kept so many balls in the air that I pretty much decided that lawyers can do anything.”

In the military Anderson also had a chance to put her legal skills to work. During the first Iraq War – Desert Storm – because of her law degree, she was able to assist a JAG unit in New Jersey and helped explain wills and powers of attorney to the soldiers preparing to deploy. While stationed at the Pentagon on active duty from 2011-2014, she also got a chance to know another Rutgers Law School graduate, then-Judge Advocate General of the Army, Lieutenant General Flora Darpino, who graduated from Rutgers Law in Camden.

“She was the first woman to lead the 10,000 lawyers in the Army, so once again, I was inspired by a woman attorney who was talented and successful,” Anderson said.

In 2016, she retired from the Army for good and has continued to work full time as the Clerk of the Bankruptcy Court, “I had the option of another assignment with the Army, but just felt it was time to let others have an opportunity - I had far exceeded my own goals, so I was really content.”

Her retirement from the Army means Anderson has more time to spend with her family and time for her hobbies, which include biking and training for a marathon. She had this advice for current law students: “I think the best advice I can offer is for them to use the years they spend in school to try to determine what they are most passionate about with respect to the law.  I remember when I attended that so many of my classmates were determined to work for a large firm in NY or NJ and make lots of money, but I never got the sense they had a deep passion for the areas of the law that formed the basis of the work those firms did, or the clients they would serve.  .  . There is so much we can do with a law degree, it is just a shame to limit ourselves to a narrow view of the profession.”