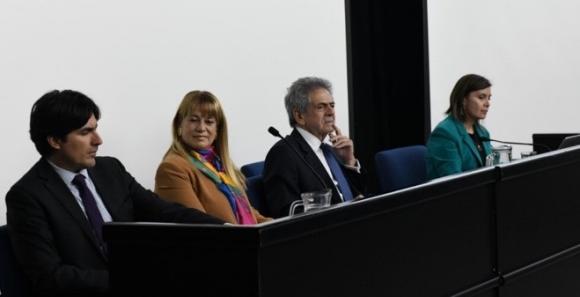 This summer, Rutgers Law School Professor Jorge Contesse organized a conference in Santiago, Chile, to discuss a groundbreaking decision by the country’s Supreme Court, that ordered the implementation of a judgment by the Inter-American Court of Human Rights — Latin America’s top human rights tribunal.

At the conference, where Chile’s Chief Justice Haroldo Brito, Justice Angela Vivanco, and Dean Miriam Henriquez, from the Alberto Hurtado Law School, also made presentations. Contesse highlighted the relevance of the Supreme Court’s decision for the protection of human rights in Chile and Latin America.

“Political leaders in Latin America and other parts of the world are pushing back against international human rights,” Contesse observed. “The ruling by the Chilean Supreme Court runs counter to that trend. For those who care about human rights, it is good news."

In 2014, the Inter-American Court ordered the State of Chile to nullify criminal convictions against indigenous leaders obtained in violation of international law. “By using an anti-terrorist statute that does not comply with international legal norms, Chile infringed upon these individuals' human rights,” Contesse, who served as expert witness in the case before the Inter-American Court, explained.

Earlier this year, Professor Contesse met with Chile’s Supreme Court Justices, and advised them on different mechanisms to implement the Inter-American Court’s judgment.  In May 2019, the Grand Chamber of the Supreme Court of Chile issued its decision.  As Contesse wrote in the International Journal of Constitutional Law Blog, the Chilean Court’s opinion was “unprecedented.” 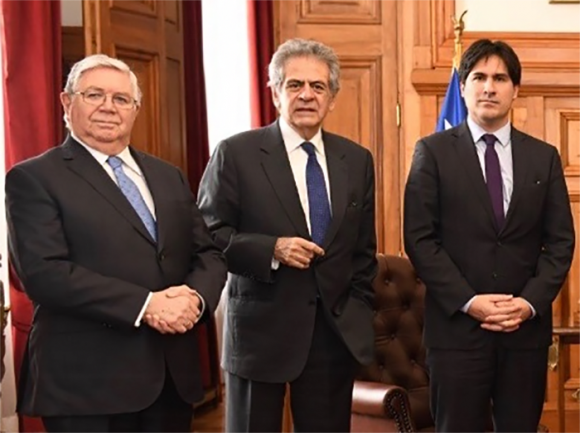 Professor Contesse’s work with the Chilean Supreme Court is part of his research and advocacy on human rights in Latin America. Through a research project co-directed with Professor Janice Gallagher from the Rutgers Department of Political Science, he has met with judges from several South American countries, studying how international human rights law affects and interacts with domestic courts.

Contesse and Gallagher also run a Human Rights Working Group for scholars, professors, and researchers at Rutgers-Newark working on the intersection of human rights and civil rights. The group is planning a conference in the spring of 2020, titled “Human Rights Under Attack.