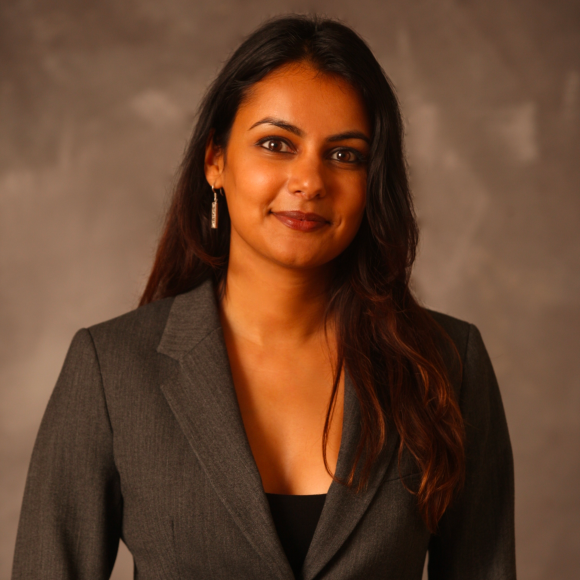 Professor Anju Gupta is one of more than 100 signers of an amicus brief aimed at protecting victims of violence seeking asylum.

Professor Anju Gupta, director of the Immigrant Rights Clinic, serves as lead counsel on an amicus brief aimed at protecting people seeking asylum from gender-based violence and other harms inflicted by private actors, an issue that is being reconsidered by U.S. Attorney General Jeff Sessions. The brief was signed by 116 immigration law professors and scholars nationwide.

Gupta, along with Rutgers Law students, researched and wrote a brief that argues that aims to uphold long-standing protections for persons fleeing gender-based violence or violence at the hands of other non-state actors. The case concerns a woman from El Salvador who sought asylum in the United States because she’d been sexually, physically and emotionally abused by her husband. She’d fled to the United States after she was unable to get protection in her own country.

The woman, identified only as A-B-, was granted relief by the Board of Immigration Appeals. However, Sessions used a power held by the attorney general that has seldom been used in recent decades to certify the decision to himself. Attorneys General typically defer to the board and federal courts to interpret immigration law. In his March 7 certification order, Sessions signaled his intent to pare back the government's protection of women refugees fleeing gender violence and noted that he intends to review whether being a victim of “private criminal activity” is grounds for asylum protection.

The case could have a broad range of implications for asylum seekers.  The case presents the Trump Administration with an opportunity to reverse or restrict recognition of gender-based violence or any violence committed at the hands of private actors as grounds for granting asylum in the U.S.

“The Attorney General appears to be questioning whether our asylum system should protect people who fear persecution by private actors, which would include domestic violence, gang violence, religious violence, racial violence, and the list goes on,” said Gupta. “Our brief shows that it is well settled in every federal court of appeals and the immigration agency that harms inflicted by private actors can constitute persecution. There are few matters in asylum law on which there is such widespread agreement. If the Attorney General were to hold otherwise, he would unilaterally upend decades of precedent."

There were 116 scholars, professors of immigration law, and immigrant rights clinic nationwide, that signed on to the brief, which was filed with the Attorney General on April 17, 2018.