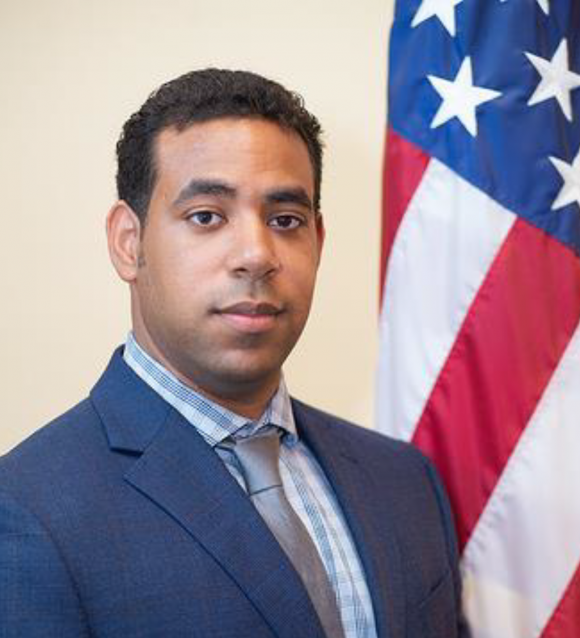 Brian Lewis’ interest in a career in intellectual property was sparked when he was an undergraduate majoring in chemistry. Now, the second-year student at Rutgers Law School in Camden is the recipient of a national Google Legal Summer Institute Fellowship that will provide him with exceptional opportunities to propel his career forward.

While an undergraduate student at Columbia University, Lewis studied chemistry and conducted research through prestigious fellowships, but his interest switched from science to law when he had questions about intellectual property rights related to his research.

He began thinking about who owns the intellectual property rights to the research he was doing. “It’s clearly not the student,” says Lewis, “because they’re doing it for the academic pursuit. I explored IP law because I started to question what would happen if I found a new way to use a drug or chemical compound. What rights would I have, if any?”

After an attorney suggested that Lewis attend law school to pursue his passion for intellectual property rights, he worked as a paralegal at Axinn, Veltrop & Harkrider in Washington, D.C. and the law offices of Evan Thalenberg in Baltimore before coming to Rutgers Law School in Camden.

While at the Google Legal Summer Institute, which was established to provide opportunities for underrepresented groups, Lewis will spend part of the summer at Google’s headquarters in Mountain View, Calif., working with the company’s in-house legal team, followed by an internship with one of Google’s partner law firms, Haynes and Boone in Palo Alto. He will be paired with a mentor from the firm’s intellectual property team. He will also be exposed to intellectual property litigation through assignments that will span patent, trademark, and copyright law.

Lewis is president of the Rutgers Intellectual Property Law Association student group and vice president of the Black Law Student Association. He is a member of Alianza, an organization for Latinx students, and OUTLaws, the LGBTQ law student association, and is active with the VITA (Volunteer Income Tax Assistance) program.

“We live in an age where technology is advancing at an even faster rate than ever before,” he says. “New inventions are created every day. Startups are at the core of our advancing economy. Artificial intelligence is redefining how we think of intellectual property rights and ownership.”

Growing up in Elizabeth, N.J., Lewis and his three siblings were raised by their mother after their parents divorced. She encouraged them to read and do well in school. Lewis excelled. He is the only person in his immediate and extended family to attend college.

Rutgers Law in Camden has been pivotal in Lewis’ success. He attributes his growth as a student to the mentorship he received from Professors Philip Harvey, Michael Carrier, and Rick Swedloff. The Rutgers Minority Student Program, the Garden State Bar Association, the Barristers Association of Philadelphia, the Hispanic Bar Association of New Jersey, and the Federal Communications Bar Association have supported Lewis and allowed him to explore his passion for intellectual property.

A graduate of Union County Magnet High School, Lewis is grateful for the opportunity at Google and at Haynes and Boone.

“I will be surrounded by attorneys who have come from backgrounds similar to mine,” says the Rutgers Law student. “They’ve succeeded. I will succeed as well.”