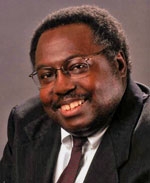 Bernard W. Bell is a constitutional law expert who specializes in property and privacy law. He clerked for U.S. Supreme Court Justice Byron R. White, practiced with Sullivan and Cromwell in New York and served as senior litigation counsel and as Assistant U.S. Attorney in the U.S. Attorney’s Office for the Southern District of New York.

Professor Bell serves as the Dean’s representative on the New Jersey Law Revision Commission. He is a former member of the Governing Council of the ABA Section on Administrative Law and Regulatory Practice, former vice-chair of the section’s Constitutional Law and Separation of Powers Committee, and currently vice chair of the section’s Government Information and Right to Privacy Committee.

As consultant to the Administrative Conference of the United States, Professor Bell is conducting a study of the Government in the Sunshine Act. His report to the Conference is due in Fall 2011.