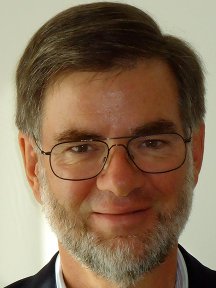 John M. Coleman teaches at Rutgers and the University of Pennsylvania.  At Rutgers, he currently holds appointments in both the School of Law and the Graduate School of Business Administration.  He received his B.A. magna cum laude from Haverford College with High Honors in political science and economics.  His Juris Doctor degree is from the University of Chicago Law School, which he attended as a Mechem Scholar. At Chicago, he edited the Law Review, won the Beale Prize for legal writing, and was a member of Order of the Coif.  Upon graduation, he clerked for Judge John D. Butzner, Jr., of the United States Court of Appeals (4th Circuit) and then for Chief Justice Warren E. Burger of the Supreme Court of the United States.  Next, he joined the international law firm of Dechert LLP as an associate.  He eventually became a partner and chair of the firm’s securities litigation practice group, and he was a key participant in many of the epic corporate takeover battles of the time.  After Dechert, he served as the Chief Legal Officer, reporting directly to the Chairman and Chief Executive Officer, of multi-billion dollar public companies (Senior Vice President – Law and Public Affairs for Campbell Soup Company, then Senior Vice President – Law and Government Affairs for the Gillette Company).  He led acquisitions, divestitures, spinoffs, complex debt and equity financings, and successful hostile takeovers.  He attended every meeting of the respective companies' boards of directors and engineered a series of notable "firsts" in accountable governance (for example, at Campbell, prohibiting former executives, as well as current executives other than the CEO, from serving on the board of directors;  banning outside directors from selling goods or services to the company;  embracing shareholder-sensitive positions in voting the shares of securities owned by the employee pension fund).  During his tenure, Campbell's board was named “most admired” by Business Week.  Since 2006, he has been the Chief Operating Officer of NCI Consulting LLC, a boutique management consulting firm.  He serves on the boards of directors of public and private companies and leads audit, compensation, governance, and investment committees as well as special and investigative committees.  In addition to counseling special committees of independent directors in reviewing strategic alternatives and selling public companies, he has personally chaired one as a director.  Bar admissions include New Jersey, New York, Pennsylvania, and the U.S. Supreme Court.  His areas of special expertise include ethics, corporate governance, corporate social responsibility, corporate and securities law, economic analysis of law, and fiduciary responsibility.

"Who Caused the Meltdown?," Remarks Delivered to Philadelphia Yearly Meeting, May 10, 2012, published at www.pym.org.