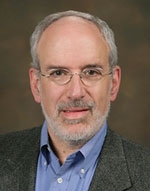 Professor Jonathan Hyman specializes in litigation and alternative dispute resolution. He joined the Rutgers faculty in 1975 and did much of his teaching in the Constitutional Litigation Clinic, where he litigated civil rights and civil liberties cases. For the last 20 years, he's been focusing on Alternative Dispute Resolution, Mediation, Arbitration and Negotiation. He's published extensively in those fields, made numerous presentations, and won awards.

Professor Hyman received his A.B. from Harvard and his LL.B. from Yale. He specializes in litigation and alternative dispute resolution. He was co-director of the legal clinic at Northwestern Law School before joining the Rutgers faculty in 1975. He has devoted much of his teaching to the Constitutional Litigation Clinic, where he has litigated civil rights and civil liberties cases, including cases that ended race and sex discrimination in police and fire departments.

An active arbitrator and mediator, Professor Hyman has also written extensively in the field of alternative dispute resolution, with a particular focus on how lawyers settle cases, on the role of lawyers in mediation, and on the relationship between mediation and justice. He serves on several statewide organizations devoted to mediation and alternative dispute resolution. He has lectured on alternate dispute resolution to judges and lawyers and has designed and conducted mediation training programs. While on leave from the law school, Professor Hyman was of counsel to the litigation department of a large law firm, and taught at UCLA Law School and at the University of Essex, England. He served on the board of editors of the Clinical Law Review.

“The Roots of Impasse in the Mind of the Mediator,” in Definitive Creative Impasse-Breaking Techniques in Mediation, Molly Klapper, ed., New York State Bar Association, 2011 http://ssrn.com/abstract=1931812

“Four Ways of Looking at a Lawsuit: How lawyers Can Use The Cognitive Frameworks of Mediation,” Washington University Journal of Law and Policy (34 Wash. U. J.L. & Pol'y 11, 2010)