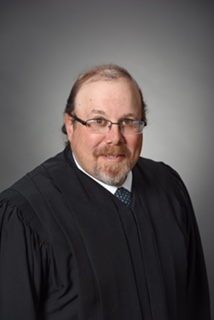 The Honorable Michael B. Kaplan was appointed as a bankruptcy judge on October 3, 2006, for the District of New Jersey and designated Chief Judge on May 1, 2020. Prior to taking the bench, Judge Kaplan served as a Standing Chapter 13 Bankruptcy Trustee, as well as a member of the Chapter 7 panel of bankruptcy trustees, where he received case appointments as both a Chapter 11 and Chapter 12 trustee. His private practice included the representation of institutional lenders consumer debtors (under both Chapters 7 & 13), business debtors and individuals undergoing reorganization pursuant to Chapter 11. Judge Kaplan received his A.B. degree from Georgetown University (1984) and his J.D. Degree from Fordham University School of Law (1987). He is licensed to practice law in New Jersey, New York and Connecticut, and is admitted to practice before the U.S. Supreme Court, Third Circuit Court of Appeals, U.S. Court of International Trade and various federal district courts.

Over the past thirty years, Judge Kaplan has spoken to numerous bar associations and business organizations, and authored several articles relating to bankruptcy issues. Judge Kaplan is a co-author of West’s Consumer Bankruptcy Manual and Consumer Bankruptcy Handbook. Additionally, he serves on the Editorial Board and as Business Manager for the American Bankruptcy Law Journal and teaches as an adjunct professor at Rutgers University School of Law.

Judge Kaplan has been the recipient of the Conrad B. Duberstein Memorial Award given by the New York Institute of Credit, the Judicial Service Award from the Association of Insolvency and Restructuring Advisors, the National Association of Chapter 13 Trustees’ 2006 Distinguished Service Award and New Jersey State Bar Association’s 1999 Legislative Recognition Award.

Prior to taking the bench, Judge Kaplan served as Mayor and Councilman for the Borough of Norwood, NJ, and as a member of the Norwood Planning Board.