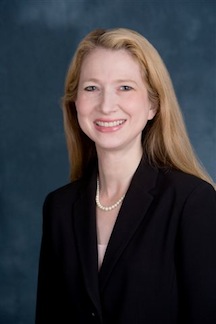 Professor Laurie Magid has had a distinguished career as an academic at three law schools, and as state and federal prosecutor, including as the first woman United States Attorney in the Eastern District of Pennsylvania.  She has litigated significant matters at all levels of the Pennsylvania and federal appellate courts.  Ms. Magid has written extensively and lectured widely on ethics, constitutional issues, and sentencing.

Laurie Magid has been a federal prosecutor for a decade.  She currently serves as an Assistant United States Attorney in the U.S. Attorney’s Office for the Eastern District of Pennsylvania, where she handles primarily white-collar investigations including health care fraud.  She served as the first female United States Attorney for that office from 2008-09, as the First Assistant U.S. Attorney from 2005-2008, and as the Deputy U.S. Attorney from 2001-05.  As the United States Attorney, she managed the office and oversaw the work of 130 attorneys and 145 support staff.  She reviewed all significant matters in both the Criminal Division and the Civil Division, including major health care, pharmaceutical, and whistleblower litigation, and supervised the recovery of billions of dollars for Medicare and Medicaid.

Before joining the United States Attorney’s Office, Ms. Magid served as a state prosecutor for over a decade.  She served as an Assistant District Attorney in Philadelphia from 1986 to 1995, and as an Assistant District Attorney in Delaware County from 1996 to 2001.  In addition to her trial and grand jury work, she handled hundreds of appeals at all levels of the state and federal courts.

While serving as a prosecutor, Ms. Magid has also taught at three law schools.  From 1995 to 1997, she was an Associate Professor teaching Criminal Procedure at Widener Law School, and a Director of the Legal Writing Department..  She taught Legal Writing at Temple Law School for eight years and at Villanova Law School for four years.  She has published widely and presented on constitutional, sentencing, and pedagogical issues.

From 1995 to 2001, she served, by appointment of the governor, as a Pennsylvania Sentencing Commissioner.  As a Commissioner, she drafted sentencing guidelines and conducted public hearings on proposed guidelines.  She was a member of the Research Subcommittee and the Subcommittee to Study Boot Camp Prisons.

Ms. Magid was a law clerk for Judge James Hunter III, on the Court of Appeals for the Third Circuit, from 1985-86.

Ms. Magid has been a presenter for a great range of organizations including the National Institute of Justice, Pennsylvania District Attorney’s Association, National Association of Women Judges, Delaware Valley Association of Corporate Counsel, Michigan Law School, and the Fidler Institute on Criminal Justice at Loyola Law School.  She has provided extensive commentary on legal issues on television, radio, and in publications including the New York Times, National Law Journal, the Legal Intelligencer, the Chronicle of Higher Education, and the International Herald Tribune.

Ms. Magid and her husband, Jeffrey Miller, live in Philadelphia with their three children.