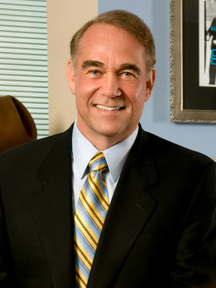 ROGER W. CLARK is the founding member and managing partner of The Clark Law Group, a firm with offices in California and Florida.  Roger has practiced in aviation for approximately 32 years. He is a visiting Professor of Law at Rutgers Law School where he teaches Aviation Law, and is a past Instructor of Business Law at Florida International University.  Rutgers Law School honored Roger as Adjunct Professor of the Year for 2009 and honored him again in 2012 with the Armitage Distinguished Alumni Award which is awarded annually upon a single individual for outstanding achievement.  The Armitage Award is the highest award Rutgers Law School can bestow.  He is the founder and president of The Iraida Foundation, a federally registered public charity that supports impoverished children in Africa, and children of active duty American military.  Roger is the immediate past Chairman of the New Majority Los Angeles, and is on the Board of Directors of New Majority California, an organization that is dedicated to political reform in California. He served as a Trustee of Viewpoint Educational Foundation in Calabasas, California from 2000 – 2009 and is currently a Trustee Emeritus.  He earned his pilot certificate in 1982.  He is licensed in California and Florida and in federal courts in these and other states.  He has been listed in Martindale Hubbell’s Bar Register of Preeminent Lawyers every year since 1986.  Roger is a Board Certified Civil Trial Specialist of the National Board of Trial Advocacy, and was appointed to the Board of Examiners for the National Board of Trial Advocacy.  He is Board Certified in Civil Pretrial Practice Advocacy by the National Board of Civil Pretrial Practice Advocacy.  He is a graduate of the Master Advocate’s Program of the National Institute for Trial Advocacy, and a Graduate of the Advanced Teacher Training Program of the National Institute for Trial Advocacy.  He is a past Judge Pro Tempore in Los Angeles, California.  Roger is a “Fellow” of the Litigation Counsel of America, a National Trial Lawyers Honorary Society.  He is the recipient of the Litigation Counsel of America’s inaugural 2013 Peter Perlman Service Award.  He has also been named “Super Lawyer” every year from 2006 through 2015 by the publishers of Law and Politics Magazine.  He has also been annually recognized as one of the “Top Attorneys in Southern California” as published in Los Angeles Magazine.  He has served as an expert on pilot certification actions before the FAA.  He is the author of Is Lessor More?, appearing in the SMU Journal of Air Law and Commerce, Volume 75, Winter 2010, Number 1. Over his career he has instructed and presented at numerous events, including the Renaissance Symposium at the Harvard Club, in New York, in 2011 and 2014, the CEO Effectiveness Group, in Orange County, the CEB program Advanced Negotiation and Settlement Techniques held in San Francisco and Los Angeles, the American Conference Institute’s Aviation Litigation Conference held in Boston, the Embry Riddle Air Law Symposium and SMU Air Law Symposium in Dallas, Texas.  Roger was the Co-Host of KTLA’s Law Business Insider radio program, a syndicated radio program airing nationwide on ABC radio from 2005 - 2011.  He has been a contributing author to the Los Angeles Lawyer’s Magazine and has been featured on KTLK Radio’s Meet America’s Best Lawyers and Forbes Radio Channel America’s Best Lawyers. He is a periodic guest legal expert on Serious XM 111, where he has offered comments on the Germanwings Disaster and the efforts of Congress to privatize the air traffic control function of the Federal Aviation Administration.