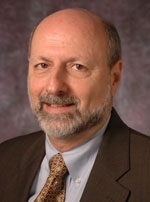 Stuart L. Deutsch served as dean of Rutgers Law School-Newark from 1999-2009 and Acting Senior Associate Dean from 2014-2016. He specializes in property, environmental law, and urban development and has served on development and has served on committees for the New Jersey Supreme Court, New Jersey Institute of Continuing Legal Education and the American Bar Association.

Stuart L. Deutsch served as dean of Rutgers School of Law–Newark from July 1999 until July 2009, when he stepped down and was awarded the title University Professor. In 2014, he was named Acting Senior Associate Dean, which he held until June 30, 2016, and Willard Heckel Scholar. As Acting Senior Associate Dean, he was involved directly with admissions, financial aid, academic support, career services, the minority student program, pro bono and public interest programs, and student services overall. From 2012-2016, he also was Director of Global and International Programs for the law school.

He received his J.D. from Yale Law School in 1969 and his LL.M. from Harvard Law School in 1974, where he was a Fellow in Law and the Humanities. He is a 1966 graduate of the University of Michigan.

Professor Deutsch has served on the board of directors of several environmental organizations, as a hearing officer for the Chicago Commission on Human Relations, and as chair of fair housing and housing development organizations. He was a pro bono attorney for the Leadership Council for Metropolitan Open Communities, the umbrella fair housing organization in the Chicago metropolitan area.

Formerly a professor of law, co-director of the Program in Environmental and Energy Law, and founding director of the Institute for Science, Law and Technology at the Chicago-Kent College of Law at the Illinois Institute of Technology, he also served as interim dean in 1996-97, and as associate dean for academic affairs and associate dean for interdisciplinary programs. Professor Deutsch’s expertise is in the fields of property, environmental law, and urban development.

He is the author of Deutsch’s Illinois Environmental Laws Annotated and for 18 years was co-editor of Land Use and Environment Law Review. Professor Deutsch also has been a visiting faculty member at the University of Illinois College of Law; an associate professor at the University of Santa Clara School of Law, where he began his teaching career; and an associate with a law firm in New York City.