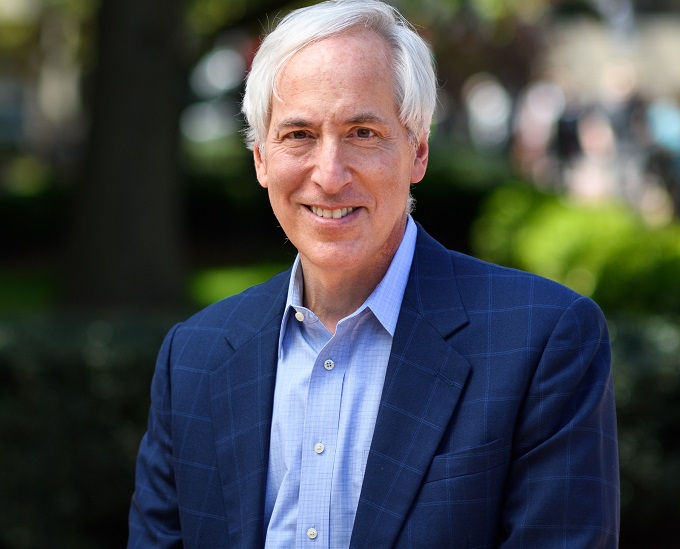 Stuart Green’s work seeks to explore the underlying moral content of the criminal law. He is especially concerned with the question of criminalization – what kinds of behavior are justifiably punished, and why. His books and articles have focused in particular on the moral limits of theft, white collar crime, and a wide range of sexual offenses.

Professor Green received a B.A. in philosophy from Tufts University and a J.D. from Yale Law School, where he was a notes editor of the Yale Law Journal. After law school, he clerked for Judge Pamela Ann Rymer on the U.S. District Court and U.S. Ninth Circuit Court of Appeals in Los Angeles and then served as an associate with the law firm of Wilmer, Cutler & Pickering in Washington, DC. Prior to joining the Rutgers faculty, Green taught at the Louisiana State University Law School.

Green’s work – which has been translated into Spanish, French, Italian, Russian, Turkish, and Korean -- includes the award-winning Lying, Cheating, and Stealing: A Moral Theory of White Collar Crime (OUP, 2006); Thirteen Ways to Steal a Bicycle: Theft Law in the Information Age (HUP, 2012); Philosophical Foundations of Criminal Law (co-edited with Antony Duff) (OUP, 2011); and Criminalizing Sex: A Unified Liberal Theory (OUP, 2020). He recently started work on a new book on the philosophical underpinnings of homicide law.

The recipient of fellowships from the Leverhulme Trust, the U.S.-U.K. Fulbright Commission, and Corpus Christi College, Oxford, Green has served as a visiting professor or visiting fellow at the Universities of Glasgow, Melbourne, Michigan, Oxford, and Tel Aviv, the Australian National University, and the London School of Economics.

Professor Green is a founding co-editor of Criminal Law and Criminal Justice Books, a former consultant to the Law Commission for England and Wales and the Human Dignity Trust, and a frequent media commentator on issues in criminal law and ethics.

“Harvey Weinstein and the Decriminalization of Prostitution,” OUP blog (March 23, 2020)

“In College Admissions, Like Politics, the Scandal is What’s Legal” (with Deborah Hellman), Ozy.com (March 14, 2019)

“Bribery, Crowdfunding, and the Strange Case of Senator Susan Collins” (with Deborah Hellman), The Atlantic.com (Sept. 14, 2018)

“Everybody Lies, Especially to Themselves,” Haaretz (July 2012) (reviewing Dan Ariely, The (Honest) Truth About Dishonesty)

“Divestment Dilemma: Shareholders Must Shoulder Some of the Blame for Corporate Malfeasance,” Worth (May 2007)

“The Coverup Paradox,” Boston Globe (March 8, 2007); also published as “Fair or Unfair? Some Defenders of I. Lewis Libby Say His Conviction Was No Big Deal.  But the Evidence Suggests Otherwise,” Philadelphia Inquirer (March 8, 2007)

“We Should Consider Prosecuting the Catholic Church,” Houston Chronicle (April 19, 2002)

“Presuming Nonconsent to Sex in Cases of Incapacity and Abuse of Position,” forthcoming in Tatjana Hörnle (ed.), Sexual Assault and Rape -- What Can We Learn from and for Law Reform? (Oxford University Press)

"To See and Be Seen: Reconstructing the Law of Voyeurism and Exhibitionism," 54 American Criminal Law Review 203 (2018)

“Lying and the Law,” in Jörg Meibauer (ed.), The Oxford Handbook of Lying (Oxford University Press, 2018)

"What Counts as Prostitution?", 4 Bergen Journal of Criminal Law and Criminal Justice 65 (2016)

"What are the Sexual Offences?,” in Chad Flanders and Zach Hoskins (eds.), The New Philosophy of Crimina Law (Rowman Littlefield, 2015)

“When is it Wrong to Trade Stocks on the Basis of Non-Public Information? Public Views of the Morality of Insider Trading” (with Matthew Kugler), 39 Fordham Urban Law Journal 445 (2012) (symposium).

“Is There Too Much Criminal Law?,” 6 Ohio State Journal of Criminal Law 737 (2009) (reviewing Douglas Husak, Overcriminalization)