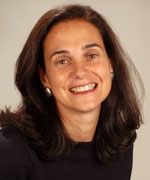 Penny M. Venetis is the Dickinson R. Debvoise Scholar at Rutgers Law School, where she is a Distinguished Clinical Professor of Law and the Director of the International Human Rights Clinic. She has taught at Rutgers since 1993. Professor Venetis is an expert in both civil rights law and international human rights law, and pioneered efforts to integrate international law into U.S. law. Her scholarship focuses on the intersection of human rights law and constitutional law.

Penny M. Venetis is the Dickinson R. Debvoise Scholar at Rutgers Law School, where she is a Distinguished Clinical Professor of Law and the Director of the International Human Rights Clinic. She has taught at Rutgers since 1993.

She has litigated cases throughout the United States and throughout the world in areas as diverse as equal protection, freedom of speech, immigrants’ rights, refugee law, human trafficking and gender equality. Her cutting-edge lawsuits include:

The first constitutional law challenge against computerized voting machines that do not produce voter verified paper ballots, because they cannot be audited for accuracy and cannot perform recounts.

Challenging “residents only” ordinances in multiple states because they are used to keep people of color out of municipal parks.

Challenging EU regulations that did not allow for paternity leave for new parents.

While on academic leave from 2014 to 2017, Professor Venetis spearheaded a number of gender-justice projects as the Executive Vice President and Legal Director of Legal Momentum (formerly NOW Legal Defense and Education Fund) the first women’s rights legal organization in the country. Those projects include:

Landmark litigation on behalf of child sex trafficked victims who were advertised online;

Drafting and helping to enact laws that criminalize “sextortion” (extortion where the perpetrator demands sex or sexual imagery rather than money); and

Advocating on behalf of victims of gender-based violence, including victims of campus sexual assault.

Professor Venetis’s work has been featured in two documentaries. “I Voted?” premiered at the Tribeca Film Festival in 2016. The film which shows how computerized voting machines can be hacked, and elections stolen, was produced by Katie Couric. “I Am Jane Doe” (2017), the second documentary to feature Professor Venetis, won multiple awards and was the impetus for federal legislation protecting sex trafficking victims.

Before joining the Rutgers Law faculty, Professor Venetis worked for the United Nations Special Rapporteur Investigating War Crimes in the Former Yugoslavia, investigating the use of systematic rape as a war crime. The Special Rapporteur’s work was the precursor to the United Nations War Crimes Tribunal that was created to prosecute war crimes in Yugoslavia and Rwanda. Professor Venetis started her legal career as a litigation associate at the law firm of O’Melveny & Myers, where she served on the firm’s Pro Bono Committee. Prior to joining the firm, she served as a law clerk to United States District Judge Dickinson R. Debevoise.

Professor Venetis has testified before legislative bodies throughout the country, and has been quoted extensively by various media. She has received many awards for her work, including the New Jersey Law Journal’s “Lifetime Achievement Award” in 2016.

“The Unconstitutionality of Oklahoma’s SQ 755 and Other Provisions Like It, which Bar State Courts from Considering International Law,” 59 Cleveland State Law Review 189, 2011