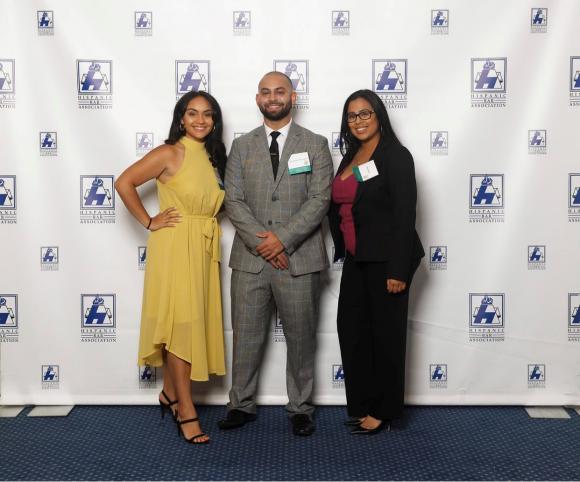 The Hispanic National Bar Association recognized the Alianza student organization at Rutgers Law School in Camden as the Law Student Organization of the Year. Alianza wasn’t the only Rutgers Law entity to be recognized. Retired Judge Lourdes I. Santiago RLAW ‘84 was honored with a Lifetime Achievement Award. And Carlos Bollar RLAW ’97, was introduced as the organization’s next president.

From raising scholarship money to hearing from recent graduates at a career panel, Alianza organization in Camden kept busy during the last school year, though students could not attend class in person.

“The organization is so grateful to be acknowledged by the Hispanic National Bar Association, particularly in a year where it was challenging to plan and execute events that kept our organization engaged with each other and the community,” said Alexandra Velazquez RLAW ’22 and Becky Batista RLAW ‘22, Alianza’s former co-presidents.

One of the noteworthy projects that HNBA recognized, was the successful fundraising done by Alianza’s members to endow the Carmen M. Garcia Bright Futures Scholarship, given to two high school seniors of Latino descent from the City of Camden to help offset college expenses. The group’s goal was to raise $15,000, but was able to raise over $25,000. The scholarship is named after the former Chief Judge of the Trenton Municipal Court, who founded the Alianza chapter at Rutgers Law School in 1982.

Among the events Alianza organized during the last school year were two panels for students to learn about clerkships and preparing for the Bar Exam, both co-hosted by the Rutgers Camden Black Law Student Association. In addition, Alianza former President Jenise Rivera, helped organize Culture Week events, including a Q & A session with the Hon. Sylvia Saavedra Teuton, the first Latina Hearing Master in Nevada.

Velazquez talked about the importance of affinity organizations for law students, “Many of our members are first-generation students, which comes with many additional hurdles to face and overcome. Additionally, the lack of racial and ethnic diversity in higher education, especially law school is stark.” She noted her own experience as a first-generation law student of Puerto Rican descent, “Alianza has provided me with a community to lean on, bond with, and further my mission of supporting Latinx students and community members.”