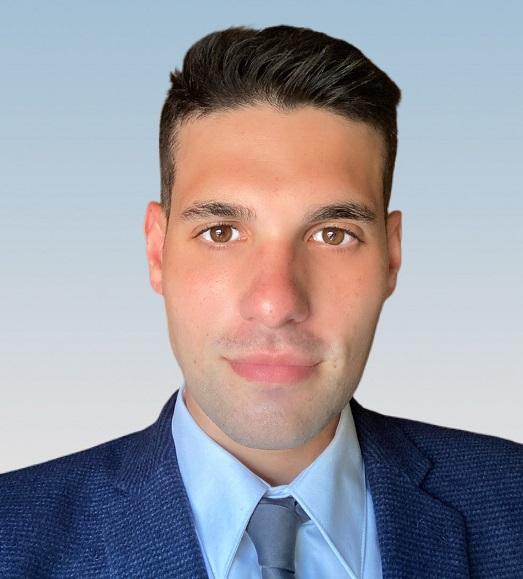 Bryan Medina RLAW '22 is the recipient of a Cole Schotz Diversity Scholarship.

Even before Bryan Medina RLAW ’22 entered Rutgers Law School a year ago, he worked on diversity issues, including helping the Latinx community with HIV testing and doing public health research for LGTBQ and Latinx youth.

This summer, he was recognized for his work and commitment with a Diversity Scholarship from the law firm Cole Schotz, to help with the cost of attending law school.

“I am truly honored that the Cole Schotz Diversity Committee chose me as their recipient. In selecting me for this scholarship,” said Medina. “Cole Schotz has demonstrated their commitment to diversity and inclusion, as well as their commitment to assisting law students achieve their full potential. I am eternally grateful for their support, and I am hopeful that this scholarship opportunity will lead to a long-lasting relationship with their firm.”

A native of Queens, New York, Medina attend Townsend Harris High School, one of the city’s specialized high schools, which emphasized community service. After high school, he went to Macaulay Honors College at Hunter College, where he studied psychology and Russian.
His academic achievements as an undergrad garnered him a Fulbright award to teach English in Ukraine. After undergrad, he took on a research position at the Latino Commission on AIDS before enrolling at Baruch College to get his master’s degree.

Medina worked full time during graduate school conducting research on high risk youth and HIV, which was utilized by the Center for Disease Control to model specialized public health programs. He said his work with marginalized communities inspired him to attend law school. “After several years speaking with, and interacting closely with historically marginalized community members, I realized that I could do more for them through legal advocacy,” he said. “Their stories of discrimination, and injustice frustrated me, and kindled the fire that would eventually lead me to take the LSAT and apply to law school.” He said he chose Rutgers because of its reputation for public interest work.

This summer, he worked as an intern with the New York State Division on Human Rights, working on employment discrimination and housing cases. He says his goal is to one day run for office in New York City.

Cole Schotz, an Am Law 200 firm, provides legal services throughout the United States from its offices in New Jersey, New York, Delaware, Maryland, Texas, and Florida. In its scholarship application, the firm states, “Cole Schotz P.C. is committed to the advancement of diverse law students. We believe that fostering diversity in the legal profession contributes to the quality of the profession and strengthens our ability to serve our clients and communities.”