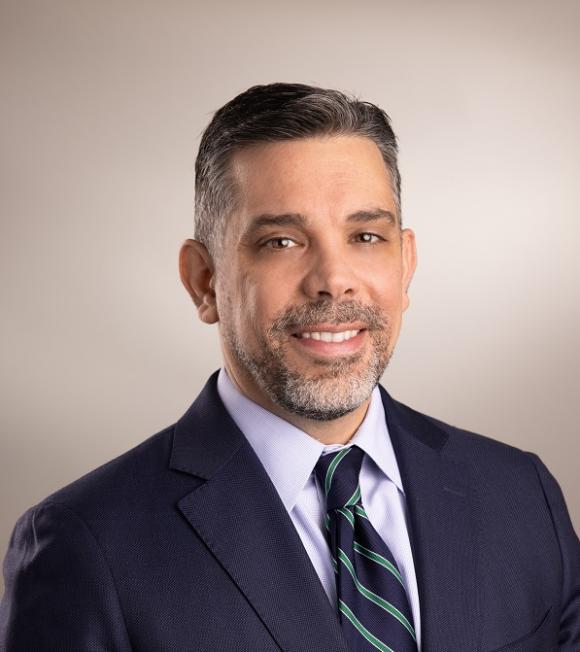 “You can develop your network and your mentors while you’re in law school, and membership in bar associations are free for law students."

When Carlos Bollar, now a partner at Archer & Grenier, was a student at Rutgers Law School in Camden, he was an officer with the Alianza student group and said it helped him build friendships that have lasted since his 1997 graduation.

The son of immigrants, Bollar said that through Alianza he found classmates with whom he could relate, “I found that lawyers of color, generally, are coming into law school and the legal profession without ever having stepped foot in a law office. Many of us are immigrants, or are children of immigrants and are not from families of lawyers or other professionals.”

As the President-Elect of the Hispanic National Bar Association (HNBA), Bollar said one of his biggest goals is to provide resources, mentoring and networking opportunities for young diverse lawyers. He is a frequent speaker at his alma mater and recently attended this year’s virtual Alianza banquet. Bollar encourages law students to become active with bar associations, something he didn’t do until a few years into his career. “My initial incorrect philosophy was to keep my head down and work hard and focus on my career at first,” he said. “What I didn’t realize is I was depriving myself of a network of like-minded people with similar backgrounds and similar obstacles that could serve as a built-in network.”

Bollar became involved with the Hispanic Bar Association of New Jersey and served as its president and has more recently been an officer with the HNBA.  “You can develop your network and your mentors while you’re in law school, and membership in bar associations are free for law students,” he said. “What you’ll find are hundreds, if not thousands, of lawyers with similar backgrounds who will bend over backwards to educate you on what you need to know. Those contacts will be valuable throughout your career.”

A native of South Jersey, Bollar attended Rutgers University as an undergraduate, where he met his wife, and said he chose Rutgers for law school because of its reputation and its supportive environment. He said he especially benefitted from learning legal writing and research with former Professor Angela Baker, who was a mentor and ally of his after graduation.

After graduating from law school, Bollar clerked for Superior Court Judge William Cook, who passed away in 2016. After his clerkship, Bollar worked at a small law firm for two years doing civil litigation, personal injury, construction litigation and mass tort cases. His experience led him to a job at Archer in 2000, where he is now a shareholder and focuses on environmental litigation cases, which he says often involves traveling outside of New Jersey. At Archer, he also serves as the co-chair of the firm’s personnel committee and environmental justice practice group.

He says one of his goals is to continue to increase the number of Hispanic lawyers and judges across the country and to make sure elected officials are hearing their concerns.  “The feeling among the Hispanic community over the last several years is that we are under attack as a people, based on our ethnicity, the color of our skin and many other factors,” he said.

Bollar, who is the father of three children, said he wants the HNBA to be a voice for the Hispanic community and to provide support for Latino judges, lawyers, and other people of color. “We need to continue to be vigilant and tireless in our efforts to make our voices heard with elected officials nationwide, as well as working hard to provide a voice for all of the issues that are important with people of color in the country. Equally important is to succeed in our own right. We need to make sure we are in positions of influence in our profession so that we can implement changes we need to advocate for diversity and inclusion.”