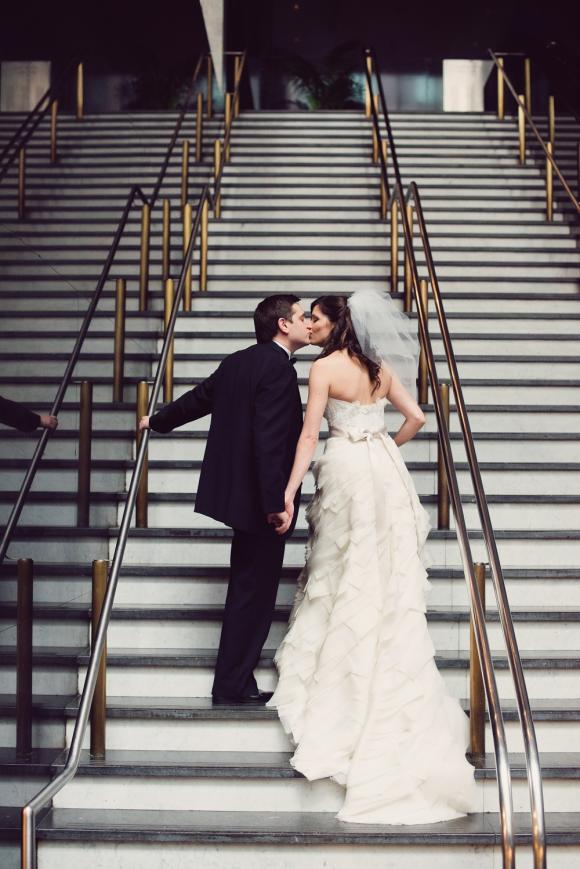 Danny Davidow and Ashley Cunliffe were both undergraduates together at Rutgers in New Brunswick and had many classes together during their first year at Rutgers Law in Camden.

But it wasn’t until their 2L year when Davidow was chosen to serve as a judge in a classroom oral argument in Professor Sarah Rick’s class that the two got to know each other.

“She was pretty, looked cool as hell smoking a cigarette, and I couldn’t think straight,” he recalled.

Two weeks after the oral argument, they went on their first date to a Bruce Springsteen concert and Cunliffe recalled, “We have been together ever since.”

The couple graduated from law school in 2010 and got married in 2013. After working as a clerk in Cumberland and Salem Counties, Cunliffe got a job six years ago as a Deputy Attorney General where she represents the New Jersey Division of Child Protection and Permanency in Termination of Parental Rights trials.

Davidow, who used to work in the Office of Legislative Services, is now an associate with Parker McCay, where he specializes in municipal law.

Cunliffe said being married to another attorney means she doesn’t have to explain her tough work schedule and that she and her husband work as a team, “When confronted with any type of issue, I'm seriously talking anything--financial, career, family, parenting--we identify the problem, consider possible approaches to addressing the problem, and come up with the best solution, just like we would do for any of our clients. We develop a plan and we execute it.”

Davidow added that he appreciates their shared sense of professionalism, “Ashley and I both know our jobs can be demanding, and that sometimes everything else needs to be put on the back burner for a while. I could not imagine going through life with someone who did not understand that, or someone who did not want that type of life for themselves.”

They are parents of a son, 2-year-old Teddy, and said they share an unspoken agreement – whoever had the tougher day at work gets to hand off bath time and diaper duty to their spouse for the night. 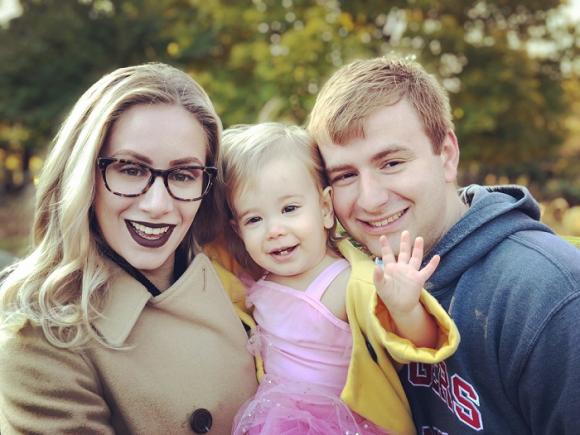 Jon Garfield and Christina Fortini met in the fall of 2015 during their first year of law school, when they had every class together and also were in the same study groups. They started dating the summer after their first year and Jon recalled, “Honestly, it was amazing she liked me so much after she had to deal with me in every class.”

In 2017, the couple, who are both from New Jersey, got engaged, married, and had a daughter later that year.

“The special thing about law school relationships is that you really get a chance to see your significant other in a different light and foster a deep respect for them professionally and intellectually,” said Jon. “I think attending law school together really made our relationship stronger and helps us communicate and understand each other better to this day.”

Christina added, “I think the competitive atmosphere in law school might scare people off from getting closer to each other. For us, it brought us closer together because we both LOVE to compete. We always enjoyed bouncing ideas off each other, discussing difficult topics to make sense of them, and really muscling through challenges as a unit.”

Jon is finishing up his JD/MBA this semester and will be working at a FinTech company called CBXmarket in New York City after graduation. Christina is clerking for Judge Mala Sundar in New Jersey Tax Court and is interested in working in healthcare law in the future. The couple have a daughter, named Addison. 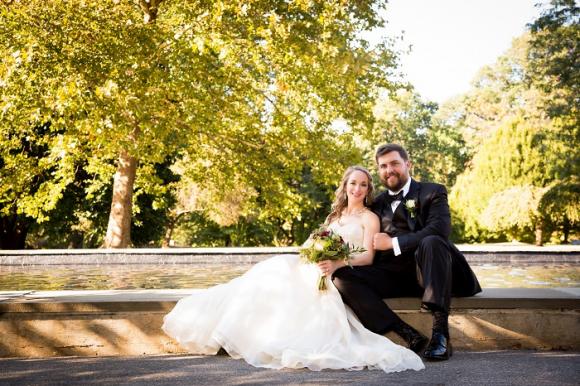 Adam Wilson ’13 and Samantha Gross ’14 were both attending Rutgers Law School in Camden, but finally got to know each other their 3L year when they worked together on the Journal of Law and Public Policy.

Gross was the Editor-in-Chief and Wilson was on the Executive Board. He knew she liked Scotch so he surprised her with a bottle of his favorite brand and the two shared a casual drink together before going out on an official date. After their first date, Wilson wrote her a “Motion to Compel a Second Date” in the style of a legal motion. It worked – the couple dated for more than three years before getting married in September 2017.

After graduation, Wilson went to work for Hinkle, Fingles, Prio & Fischer, a firm that specializes in representing parents and families of people with developmental disabilities. Gross, who also earned her master’s degree in public health, worked for Pepper Hamilton before getting her current job as in-house counsel for a hospital system.

Their advice to other law students? Gross said, “Law school is challenging both mentally and socially. The uncertainty of grades, competing with your classmates and friends, it leads to more intense relationships with friends and romantically. That vulnerable environment made falling in love hard, but also established the bonds that kept us together afterwards.”

And Wilson said supporting each other through the bar exam was stressful, but strengthened their relationship. His rules for a happy marriage: “Don't lie to your partner even about seemingly inconsequential things,” he said. “And always remember that they are your best friend and treat them with respect."