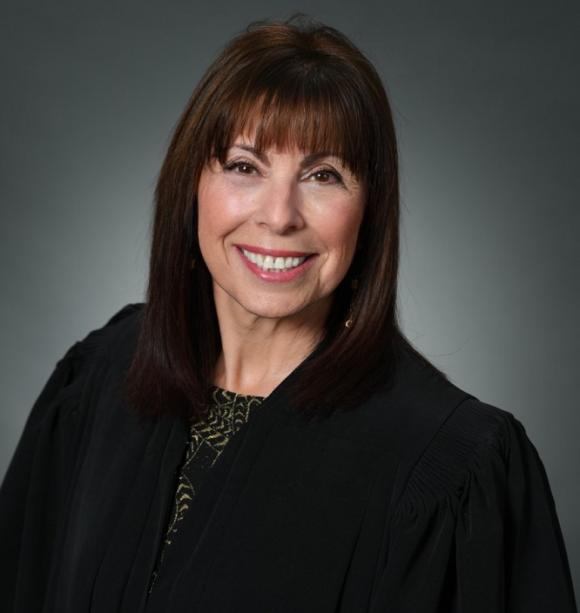 Judge Freda Wolfson RLAW '79, is the Chief Judge of the U.S. District Court of New Jersey.

From presiding over cases that range from large pharmaceutical civil litigations, to hearing an incarcerated man represent himself in a civil rights case, the Hon. Freda Wolfson, RLAW ’79, has a breadth of experience that she brought to her new role in the U.S. District Court of New Jersey, the federal district with the highest number of filings in the nation.

Judge Wolfson was elevated to Chief Judge in 2019, after being appointed as a district judge in 2002 and becoming a magistrate judge in 1986. Now in the post for almost a year, her biggest challenge has been managing the caseload with vicinages in Newark, Camden, and Trenton. Cases rose from just over 10,000 in 2015 to more than 25,000 in 2019, according to statistics from the Judicial Conference.

She noted that the number of criminal cases filed by the U.S. Attorney’s office has also risen, creating more work than the current number of district court judges can handle.

“The judges are doing a great job trying to keep up,” she said. However, New Jersey’s district courts have 11 active judges, down from 17, with vacancies that have been difficult to fill in the current political climate. A federal judge must be nominated by the President of the United States then confirmed by the U.S. Senate. Adding to the mix were the 2019 deaths of Senior Judges Jerome Simandle and William Walls.

Ideally, the court should have 21 judges, which was the recommendation of the Judicial Conference. As Judge Wolfson continues to work to fill the vacancies, she said she is grateful that there are two new magistrate judges and that she has been able to hire more law clerks. “Our docket is so extreme and we have so few judges to do it,” she said. “We get challenges to statutes, patents, and a myriad of complicated cases, as well as the everyday individual litigants who should have their day.”

Judge Wolfson expressed that she will continue to work with New Jersey’s U.S. senators to fill the vacancies. She added that federal judges should serve not for the title, but because they truly love the job.  “I’ve spent my career and life on this court,” she said. “I talk about my court family and it is. I’m happy to serve. I care greatly about this court.”

Judge Wolfson was 32 when she became one of the youngest U.S. Magistrate judges in the nation. At the time, she was one of the few women judges in the state and the first one to have a baby – her second son – while being a sitting judge. She married her husband, Douglas Wolfson, at the age of 21 and they both attended Rutgers Law School, though he was two years ahead. Douglas Wolfson is a former Superior Court Judge in Middlesex County. The Wolfsons have two sons, Brian RLAW ’10, also an attorney in New Jersey, and Matthew.

When Judge Wolfson started at the law school, it was in Ackerson Hall, but in her final year it moved to 15 Washington St. Those were the “People’s Electric Law School” years, when most of the students were commuters. She said, “We would grab lunch and coffee and talked about everything. There was much to talk about, not just legal issues. There was so much going on in the 1970s.”

Judge Wolfson added that students should try to enjoy their years at law school, which she called an “irreplaceable” experience. “Work hard and be willing to be prepared every day,” she said. “Work hard and get something out of this. Have the passion that you want to do the job.”

When she thinks about her legacy at the court, she talks about the collegiality among the judges, all of whom handle their own dockets, and how despite their diverse personalities, they work toward a common interest. “It’s not just a job, it’s not just a pinnacle in your career,” she said. “We have to do the right thing and remember who we’re here for.”