Delaware: A Small State with a Big Reputation 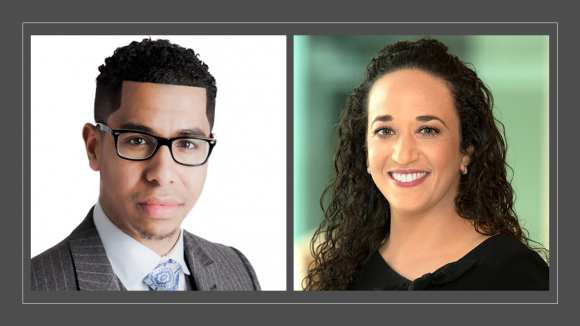 One of the nation’s corporate law hubs is just 40 minutes away from Rutgers Law School’s Camden location, representing a huge opportunity for students.

The scene outside the Delaware Supreme Courthouse is fairly typical. There are professionals and attorneys milling about, local businesses in full swing, and the general hustle and bustle of a vibrant downtown. But there’s something that sets the Wilmington courthouse apart from those elsewhere: a wall etched with thousands of names, honoring every single individual who has been admitted to the Delaware State Bar Association since its founding nearly a century ago.

Seeing their names etched on this wall is a rite of passage for Delaware lawyers, but it’s also a nod to one of the major benefits of working in the state: community. “It’s amazing that you can see the name of the first lawyer admitted to the bar in Delaware, and then see your name a couple thousand lines later,” says Wali W. Rushdan II RLAW’12, partner at Wilmington-based Fox Rothschild, LLP. “I’m admitted to the bar in Pennsylvania and New Jersey, as well, and there’s just no way we could list every attorney—we’d need a whole building to dedicate enough room for something like that.”

If you ask Rushdan, working in the tight-knit corporate law community of Delaware has its perks. The small nature of the state—clocking in at just under a million residents—means that making personal connections is much easier than it is in a big city. “There’s a connectivity between the practitioners who are early in their career, those who are more developed, and the judiciary,” he adds. “People are very committed to the preservation and development of the Delaware practice.” This means that judges often introduce themselves to new lawyers before a case, and it’s not uncommon for colleagues to run into one another at the grocery store or their kids’ school events. “There is also a degree of collegiality among Delaware lawyers that is unique to our bar,” says Alyssa K. Ronan RLAW’13, partner at Potter Anderson & Corroon LLP, the oldest Delaware-based law firm.

But make no mistake—the Delaware law community, despite its small size, is one of the most sophisticated and sought-after corporate environments in the nation. And it’s right in Rutgers’ backyard.

The Place to Be

There are a few reasons why Delaware is considered the corporate law center of the US, and why the majority of Fortune 500 companies decide to incorporate there. “First, it has to do with the quality of the Delaware judges and courts,” explains Arthur Laby, professor of law at Rutgers Law School and co-director of the Rutgers Center for Corporate Law and Governance. “Delaware has a special court called the Court of Chancery, which rules specifically on corporate law cases without juries. This means that corporate law cases in Delaware get decided relatively quickly in bench trials before high quality judges who are well versed in corporate case law.”

It doesn’t hurt, Laby points out, that Delaware benefits from healthy bipartisan political relationships that keep the state’s corporations statutes modern and up-to-date. The statute is also well-balanced in that it treats corporations and shareholders fairly, and isn’t biased too much in the direction of one over the other. “The statute is reviewed for amendments annually, and that charge is led by practicing Delaware lawyers who deal with corporate law matters on a daily basis,” says Ronan, who focuses on corporate advisory, corporate governance, and transactional matters. “This keeps our corporate statute at the cutting edge of emerging business development and legal trends. As a result, our statute is generally acknowledged to be the most advanced and flexible business statute in the country.”

Because of this, and because so many companies incorporate in Delaware, the state also benefits from a well-developed system of court precedents and certainty in the law that’s unmatched anywhere else in the US.

Attorneys and, specifically, Rutgers Law students and graduates, are uniquely poised to capitalize on opportunities in Delaware. First, most obviously, Delaware is close in proximity to Rutgers Law School. This means that leaders in Delaware often teach and give lectures at Rutgers Law, offering students “a level of insight into Delaware law issues that cannot be gleaned from simply reading a law school casebook,” Ronan says. Rutgers Law students also benefit from the school’s emphasis on corporate law, via its Center for Corporate Law and Governance, as well as its certificate program in business law, which Laby says makes Rutgers Law students equipped for jobs in Delaware and attractive to employers there.

Rutgers Law School grads pursuing a career across the bridge will also benefit from an established network of dedicated alumni. “One of Rutgers’ greatest assets is its people—faculty, staff, students, and alumni,” says Rushdan. “We have a good deal of Rutgers graduates here in the Delaware corporate scene who are successful, influential, and would love to be the recipient of a call or email from a student at Rutgers Law.”

Ronan’s advice for students? Demonstrate a genuine interest in and commitment to practicing law in Delaware, by taking an internship there, writing an article on a Delaware law topic, or taking a course with a Delaware attorney. The reward is well worth it. “Working as a Delaware corporate lawyer, you can really become an expert in your field and have the opportunity to work on high-profile transactions throughout your career,” Ronan says. “I’ve found that it’s a practice where good work and authenticity are rewarded.”