Five Tips: Rutgers Law Alumnae Share What They Wish They Knew Before Their First Legal Job 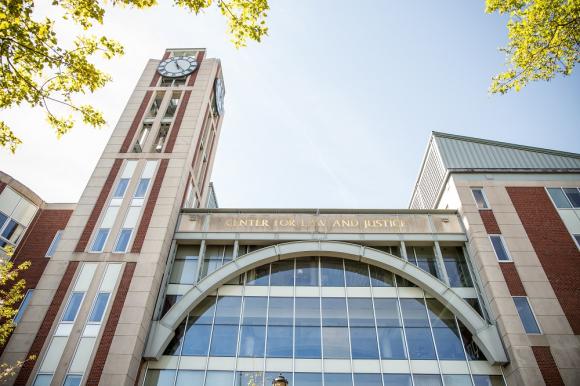 Breaking in to the legal profession can be daunting. Wondering where to start? Members of the Rutgers Law Alumnae Network share five things they wish they knew in their first legal jobs:
Figure out what you like and don’t like:

“If you know from day one there’s something you want to do, then pursue your passion. . . Ultimately I find the work really interesting, so when inevitably I’m doing work over the weekend, liking what I do makes all the difference,” Meredith Olearchik RLAW ’05, Vice President and General Counsel, Campbell Soup Company.

Don’t worry if your area of practice changes over time:

“It’s all about finding your likes and dislikes. When you’re in law school, you might have this idea in your head, this I the kind of lawyer you want to be. Things can change when you graduate. It can change after your first job.  It can change after your second job. It’s okay to have your first job not be your career. I don’t think that’s a failure by any means. It’s important to have an open mind,” Esther Pak RLAW ’14, corporate counsel at Harris Blitzer.

“I had a career before, so to me it was more of my values and my lifestyle and I knew there were certain things that were non-negotiable for me. Priorities will determine half the choices you make. You have to be super forgiving. You can’t expect to know where you’re going to be. If you start to cross off what you don’t like, that will create room for things you do like,” Maritza Rodriguez RLAW ‘11, founder of Rodriguez Law Firm. She also coaches others who want to open a solo practice.

This is what helped during law school?

Rodriguez  said, “Study groups really, really helped. I met people and became best friends that I probably would not have met at any other time in my life. Law school is just one big hazing experience in my opinion and you survive it and nobody understands but you guys.”

Shareda Coleman RLAW ’18, attorney at Shook Hardy & Bacon, said, as an evening student, “I had to maximize my time and be strategic about what I did and when I did it, whether it was studying on my lunch hour at work, playing audio lectures on my drive to and from work. I was selective about which activities I was doing. I would just say it’s very important to be intentional and strategic about managing your time if you’re short on it.

How I chose what field to go into:

“My 2L and 3L classes shaped me as a human being. I took classes on animal rights, women’s rights, human rights, which led me into thinking of going into public interest doing what we do as lawyers, which is helping people who can’t help themselves,” said Pak.

The importance of relationships:

“I interned at the federal courthouse in Camden and interned for a judge who was leaving but made relationships, relationships with colleagues, with clerks. Something you don’t necessarily learn in law school is how important some of those relationships are in teaching you the mechanics of practicing law,” said Olearchik.