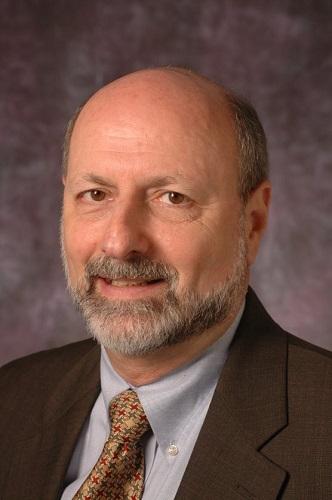 Stuart Deutsch came to Rutgers Law School in 1999 and served as the dean for a decade. He oversaw the move into the law school’s current building at 123 Washington Street, an expansion of the clinical program, an increase in faculty, and the challenges to the still-robust Minority Student Program (MSP).

After stepping down as dean in 2009, Deutsch continued to support the law school in administrative roles including Acting Senior Associate Dean and as a professor teaching property law, critical legal analysis, low-income housing law and other classes.

As he retires this spring, he reflected on his years at Rutgers Law, “Rutgers is a very special place; what was appealing to me then remains true. It’s one of the law schools that has been actively involved in social justice and civil rights activities and has been innovative in creating clinical programs and innovative in creating the MSP. Rutgers was an exciting place to be, and it fit well with my beliefs and activism . . .  not just dealing with environmental issues but in dealing with civil rights issues.”

At Rutgers, he worked one semester in the former law school building at 15 Washington St. before moving to the law school’s current home. During his tenure as dean, the U.S. Dept. of Education challenged the law school’s Minority Student Program, and Rutgers was able to work out a settlement that protected and saved the program by making it a post-admissions program, “We not only preserved the MSP program but the percentage of students who were members increased, and we were able to allocate more financial aid to students in general.”

Deutsch said he also is proud of the faculty who joined the law school during his tenure, “We were able to attract some really terrific faculty members, many of whom are still at the school.”

He said he still believes strongly that Rutgers students should go on to become lawyers who give back to society, including helping underrepresented people and organizations. During orientation, Deutsch said he would give this advice to incoming students, “Part of our mission is to make sure you have some sort of social conscience. We’re not going to tell you what to work on, but you have an obligation as a law student and a lawyer to give back to your community, as you define your community.”

He said he is proud that Rutgers Law does more than other law schools in instilling in its students an obligation of service. One thing he hopes doesn’t change after he leaves Rutgers is its legacy of giving a chance to students who do not always have access to law school, “One of the terrific things about Rutgers that has continued is that we are a school of opportunity for many immigrants and first-generation people to go to college.”

After retirement, Deutsch said he and his wife, who are fully vaccinated against Covid-19, plan to travel and visit their six grandchildren and take advantage of the sights in New York City as they re-open.