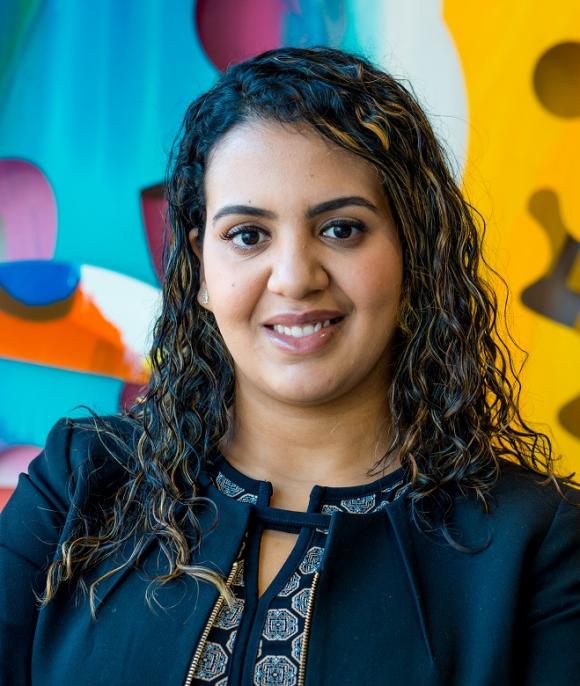 Diana Felipe thought she was going to study immigration law but instead is going into corporate law after graduation in May.

Diana Felipe RLAW ’20 had gotten into several law schools but remembers the exact moment she chose to go to Rutgers. Felipe, whose family emigrated from the Dominican Republic when she was a child, was at Admitted Students Day with her mother and realized that Minority Student Program Dean Yvette Bravo-Weber was translating her remarks into Spanish so Felipe’s mother could participate. “It made me feel welcomed and gave me a sense of community,” Felipe remembered.

While at Rutgers, Felipe excelled, earning her way onto the dean’s list nearly every semester she attended law school and working as a student attorney in the Federal Tax Law Clinic.

Felipe originally thought she would attend law school to study immigration law. She majored in Legal Studies as an undergraduate at. St. John’s University and worked as a legal assistant in the corporate department of a big law firm in New York where she became interested in corporate law and Capital Markets.

After starting at Rutgers, Felipe, a member of the Minority Student Program, was chosen during her 1L year as a Latino Justice Corporate Law firm Alliance Program (CLASP) fellow, which allowed her to work at Goldman Sachs after her first summer and at Paul Hastings after her second year.

“Though I had a good idea of the type of law that I would want to practice before coming to law school, I took many business and corporate law classes that have helped me solidify what area of the law I want to practice,” she said. Felipe was an Honors Legal Intern at the Securities and Exchange Commission and a research assistant for Professor Yuliya Guseva, doing research on cryptocurrency and financial technology.

“I met so many people through these opportunities, some of which have become my mentors, advocates and sponsors,” she said. Felipe credited Professors Yuliya Guseva and Douglas Eakeley with helping her understand corporate law through classes, office hours and the opportunity to do research.

Felipe had this advice for incoming students: “Even though I knew what I wanted to practice, I took advantage of different types of internships that enhanced my law school experience. I know that many students don’t take advantage of the opportunities being offered because law school is stressful and time-consuming and to take on additional responsibilities sounds daunting, but it is well worth the time.”