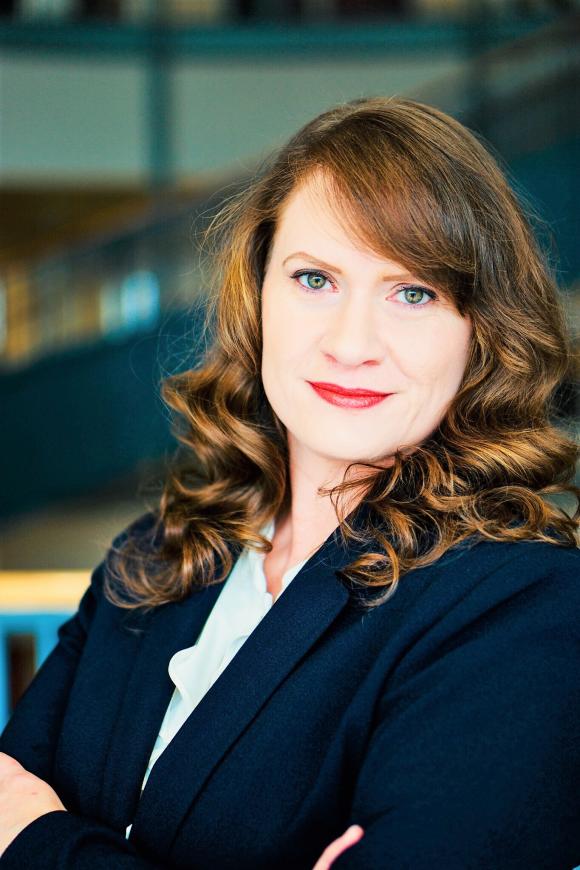 “I came in thinking I would go into corporate law because I had been in finance for so long, but I fell in love with Professor Vera Bergelson’s criminal law class.”

Julie Minicozzi had worked as a loan officer and mortgage administrator for 17 years and also as an adjunct English professor when she heard her stepdaughter talk about what a great experience she was having at Rutgers Law School.

So Minicozzi took the LSAT and applied only to Rutgers, entering in 2017 as a full-time day student. “I came in thinking I would go into corporate law because I had been in finance for so long, but I fell in love with Professor Vera Bergelson’s criminal law class.”

During her 1L year, she decided to pursue a career as a criminal law attorney and spent her first summer as an intern at the U.S. Attorney’s Office and her second summer working in white collar defense and litigation at Lowenstein Sandler.

Because of her English studies background, she participated in the Write-on Competition, and sought a position on the Rutgers University Law Review, which she received. There she excelled, and at the end of her 2L year, she became the Editor-in-Chief of the Law Review for Newark. Under Minicozzi’s leadership, the Law Review has brought three additional issues to publication. She touts her experience at the Law Review as one of the things that has helped her succeed.

“You’re learning how to examine the articles, look at the fine points of them, and learn if everything has been done right,” she said. “You have to prove yourself on Law Review or you won’t get promoted to a position of responsibility.”

She said she feels confident that the Law Review will be in good hands as she turns it over to the new editors after graduation in May, saying, “I pushed my staff members and gave them more responsibility, and they rose to the occasion and did it. They are all remarkable.”

After graduation, Minicozzi will clerk for Chief Justice Stuart Rabner, and after her clerkship, she will become an associate at Lowenstein Sandler, where she had a summer internship between her 2L and 3L years and worked in various areas of law, including white-collar crime defense and different types of litigation.

Minicozzi, who has been on the Dean’s List at law school for four consecutive semesters, said she would definitely encourage others to write on for journals, and to then pursue leadership positions. “Judges like it because they know you are involved in the process, you are extremely familiar with the Blue Book rules, and you know how to manage deadlines efficiently,” she said. “You’ll know pretty soon if you’re a citation person, or if you’re better at evaluating articles or whether you have administrative abilities.”

She said she was glad she chose Rutgers because of the high quality of professors, the inclusiveness, and the cost compared to other schools.

As a second career student, Minicozzi said whether someone attends law school during the day, or as a night student, the experience was well worth it. “It’s a very wonderful experience. It’s never too late to change what you do and how you do it.”