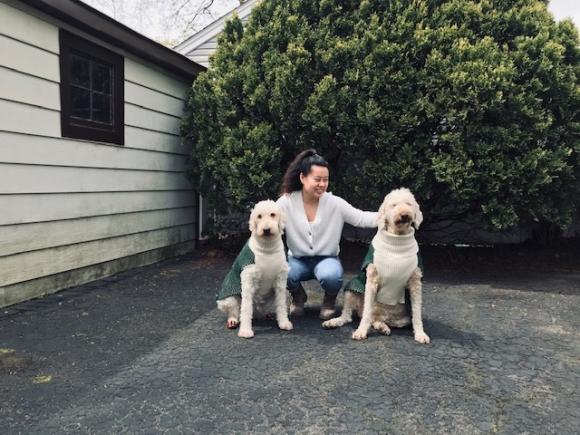 "“Having the ability to protect . . .vulnerable, minority, immigrant families from experiencing racism and prejudice is a privilege and honor. That’s what drives me to become a lawyer."

Yi Hun “Sophie” Kim  always knew she wanted to be a lawyer and was inspired by her parents, South Korean immigrants, and the experiences they endured while she was growing up in Rutherford, NJ. “Once I saw the bigotry my parents suffered as Asian immigrants, I resolved to make their struggles and sacrifices worth it,” she said. “It is my turn to step up and protect them and other immigrant families who experience the same discrimination.”

During her undergraduate years at Rutgers University-Newark, Kim, who was a Political Science major, pursued her goal by serving as the secretary of the Pre-Law Society and minoring in Legal Studies. She also is the first student to take advantage of Rutgers School of Arts & Sciences-Newark's 3 + 3 BA/JD program, a program for students who want to attend  Rutgers-Newark for their undergraduate degree with the intention of continuing directly into Rutgers Law School.  The 3 + 3 program is available to students at all three Rutgers University locations, click here to learn more about the program.

Rutgers' 3 + 3 program will allow Kim to be accepted into law school at the age of 20 and graduate with both her undergraduate and JD degrees in six years, instead of the traditional seven years. “Being the first acceptance into Rutgers Law through the BA/JD Program (in Newark) is such an honor,” she said. “I am a first-generation college student and the first to be accepted into law school in my family.”

“I knew I wanted to attend Rutgers Law School because of their impressive Immigrant Rights Clinic where I would have the opportunity to directly serve the immigrant community,” said Kim. As a part of the BA/JD degree program, Kim was able to take a law school class as an undergraduate. She also has been a member of the Honors College and Phi Beta Kappa. And, though she won’t graduate with her bachelor’s degree until May, she has been able to work as an intern in the Bergen County Office of the Public Defender.

Kim said she solidified her decision to attend Rutgers Law after taking some courses there as an undergraduate, “From working with their faculty, I knew Rutgers Law was the best place for me to obtain a legal education. I felt challenged, yet comfortable enough to speak up.”

She said she also gained valuable experience during a summer internship with the Ironbound Community Corporation in Newark, where she helped clients practice for their citizenship interviews and taught ESL courses. “I come from an immigrant background and could relate to their struggles and how they feel about the language barrier, since my parents faced the same obstacles,” she said.

This summer, Kim was one of 18 out of more than 300 applicants in the New York tri-state area chosen to take part in a Ford Foundation summer internship. While the program was put on hold because of the Covid-19 pandemic, she is hopeful she can still participate in some way in the future. The Ford Foundation, established in 1936 by Henry Ford and his son Edsel, is an international philanthropy dedicated to the advancement of human welfare through reducing poverty and promoting democratic values, peace, and educational opportunity. Today the Foundation stewards a $12 billion endowment and makes $500 million in grants around the world every year.

Kim, credited Janice Gallagher, Assistant Professor in Political Science and Global Urban Studies, on teaching her to become a better writer, and Professor Elizabeth Hull on learning how to express different viewpoints through her Law and Public Policy Seminar. “At Rutgers-Newark, I’ve had the most intellectual and thoughtful Political Science professors,” she said. “Everyone’s perspective matters and Rutgers-Newark taught me the value of sharing and open listening.”

Kim is planning to attend Rutgers Law this fall as part of the Minority Student Program, so she can fulfill her dream of becoming an attorney. She said, “Having the ability to protect . . .vulnerable, minority, immigrant families from experiencing racism and prejudice is a privilege and honor. That’s what drives me to become a lawyer, to socially engineer a world that accepts one another for their values, not their appearance.”