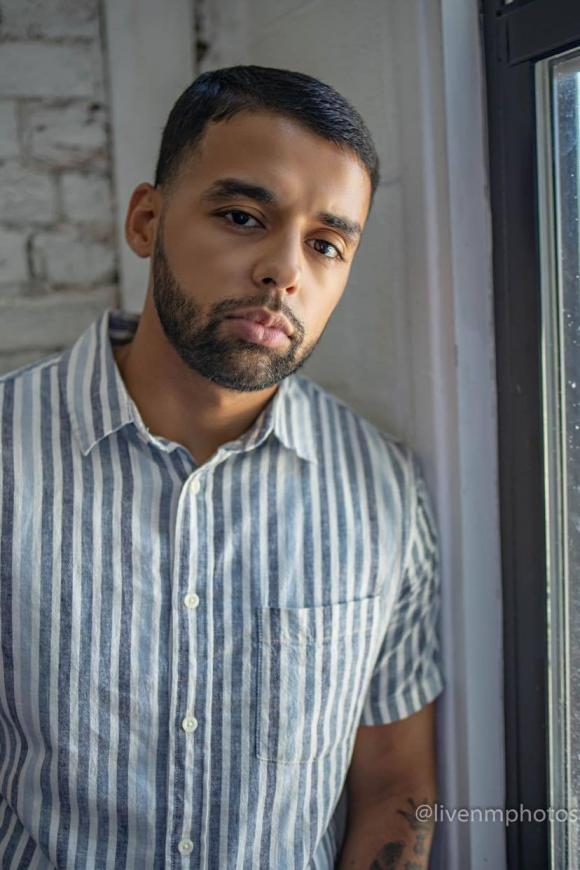 "I hope to fill the hole left in my heart for service from my departure from the Army.  When thinking of law school, I could only think of what I can do for others with these skills."

Prior to Rutgers I did nine years of active duty service in the US Army.  My last year in the Army before I enrolled at Rutgers I was deployed in Kabul, Afghanistan providing intelligence analysis support to the Commander of US Forces Afghanistan.

My former military profession and lawyering have many similarities and that always kept law school in the back of my mind as a possibility if I ever got out of the Army.  Like a lawyer, an Intelligence Analyst in the Army is trained to brief executive level leadership on how to solve to address complex issues.  Intelligence Analysts are also trained to write in a concise and direct manner to appeal to executive level leadership and ensure maximum efficiency when conveying information.  Both professions appear to be high pressure and structured in its approach and those things were what I liked most about being an Intelligence Analyst so I thought I may enjoy being a lawyer.

While in Afghanistan, I met a state senator from Maryland who was deployed with us as an Intelligence Analyst.  His name was Will Smith and his job outside of the military was as an attorney in the DMV area.  One day we started talking about his experience practicing and at law school and I just felt this overwhelming interest that led me to ask him more.  It was then that he told me that he saw my work and thought I would excel as a law student and eventual lawyer and that was the validation I needed to trust myself enough to leave my career as soldier and transition to something completely new.

I chose Rutgers Camden Law School because of all the applications I sent out, Rutgers was the acceptance that made me feel like I was actually wanted.  Rutgers and its student organizations reached out promptly and consistently to check on me as I chose a university and that really resonated with me.  Also, my sister-in-law, Shelly Melendez, is a 2L at Rutgers Camden and she did her fair share of trying to recruit me.  At the end of the day, it was Rutgers’ proximity to my hometown of Philadelphia and the immediate engagement from faculty and tipped the scale and made me choose to be a Scarlet Raptor.

I hope to fill the hole left in my heart for service from my departure from the Army.  When thinking of law school, I could only think of what I can do for others with these skills and that is exactly the kind of work that kept me in the Army for so long.  In the Army I was a Noncommissioned Officer and my number one job was taking care of other soldiers; providing purpose, direction, and motivation so that they could develop into the leaders of tomorrow.  In law school, I want to gain the skills necessary to help others through my understanding of the law.  I have read and seen how powerful the law is and how it can be used to change others’ lives; I want to be able to harness that power and give back to my own local community and my extended community of veterans.

Tell a little more about yourself.

I was born and raised in Philadelphia, Pennsylvania.  I went to undergrad at American Military University, an online university that allowed me to complete my bachelor's while on active duty service.

I served 9 1/2 years in the active-duty Army.  During that career, I was stationed in Georgia, Korea, Washington DC, and Texas.  I deployed to Afghanistan twice, once in 2017 and again in 2019 to 2020.  While in the Army I served as a Victim Advocate for victims of sexual assault in the Army.  I also was the President of the Junior Enlisted Advisory Council at the Defense Intelligence Agency in Washington DC where I was the primary liaison between lower-ranking military members and executive leadership of the agency, advocating on their behalf to ensure a healthy work environment.  Across my various assignments, I always gave back to the local communities.  I organized coat drives for the homeless in DC, walked 18 miles overnight for suicide awareness in DC, worked at soup kitchens in Korea, Texas, and DC, and volunteered at the USO in Georgia.  As a soldier it was very important to build ties to our local communities while assigned there and I continue to believe that.