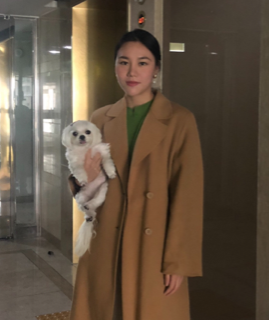 Lydia Yeom said she chose Rutgers Law because it will help her achieve her goal of becoming a public interest attorney.

What were you doing before you came to Rutgers Law School?
Before Rutgers, I was in South Korea, studying and working in the international relations area. I attended a graduate school in Seoul, Korea, after living in the states for seven years for high school and college. It was so refreshing to see how Korea was changing in terms of diversity. After graduation, I worked at a public diplomacy organization under great supervisors who had diplomatic, legal, and academic backgrounds. Benefiting from my language skills, I was able to arrange a few political events for the U.S. military/government and Korean leaders in politics and business.

How did you choose to come to law school, and why Rutgers?
As a graduate student, I planned to write a thesis on foreign brides who returned to their nations after ending marriages with Korean men. Due to abusive relationships, they brought their children with them, but many of those children later became stateless because of patriarchal laws in Korea. While doing background research, I've always heard about the urgent need for attorneys. Also, I realized I prefer a personal level of working over a policy level. In the midst of that, I had to come back to the U.S. with immigration status, so I decided to embrace the change in my life as the catalyst of my career, to the direction I found more apt and attractive.  I did not have much time and resources to put in the law school application. Yet, I made one goal clear in choosing where to apply and eventually attend: the school that suits my goal of becoming a public interest attorney. That goal entails less financial burden and a practice-focused curriculum. While applying to Rutgers was entirely coincidental- a local Philadelphian recommended me- I found out the school exceeded my standard when I attended their orientation. The faculty’s reaction to the Black Lives Matter movement and the general ambiance of consciousness in social issues was insightful and motivational. So choosing Rutgers was easy because I could see that the school can offer more than knowledge, which I did not feel that in other law schools, quite frankly.

What do you hope to get out of law school?
On top of good legal skills and knowledge as a lawyer, I wish to be more responsible for global and national issues while delivering small or big local community needs.

Tell a little more about yourself.
I am originally from Seoul, South Korea-dynamic but homogeneous society. When I came to the U.S. as a high school student in a rural town in PA, my experiences as a minority shook my world view. Having experiences as a majority and minority member of two societies made me contemplate diversity and social injustice. While I am still a novice in the area, I am glad there are many opportunities through Rutgers law lectures and activities that continuously enlighten me. I studied briefly in Japan too. I studied and researched linguistic and cultural diversity with Japanese scholars. It was fascinating because Japan, like Korea, is a very traditional mono ethnic society yet is still getting diverse ethnically and culturally. Many discussions centered around how to deal with and prevent conflicts between the traditional and changing society. The diversity approached by East Asian countries was different from the U.S., which was interesting.