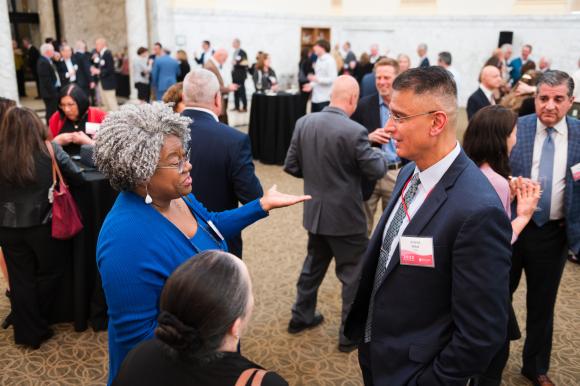 Alumni were then shown the law school’s distance learning seminar rooms, known as the “holodeck,” which allows one professor to teach a class to Newark and Camden students as if they were in the same room.  The tour also included a talk about the library.
Classes then walked to Ruth Bader Ginsburg Hall, the home of the law school from 1979 to 2000, where there were cocktails, class photos, and then individual class dinners.