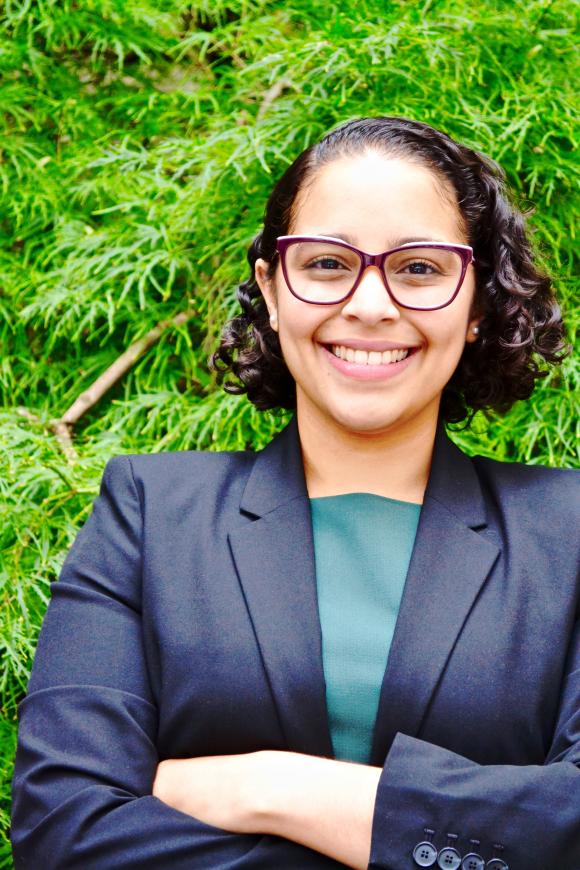 When Yelky Perez RLAW ’21 started at Rutgers Law School last year, she said she didn’t realize how expensive the books would be. To help her out, her dad bought her one textbook, her mom paid for another. Perez, who was working while attending law school, was able to pay for the rest.

When she got a summer internship and scholarship from the Lowenstein Sandler law firm in Roseland mid-May, she realized that she finally had enough money to cover her tuition – so she decided to pay forward her good fortune.

Perez said she put aside about $400 from each of her first two paychecks, to help pay for the law books of two students starting law school this fall. Yelky shared her initiative with her mentor at Lowenstein Sandler, an RLAW ’11 alumnus, and he offered to pitch in for a third student’s law books. “Little by little the word spread around the firm,” Perez said. “I realized people were really interested and moved by my idea.”

By the time Rutgers Law school orientation started in August, Perez had raised enough money with the help of the attorneys at Lowenstein Sandler, to give out 27 book store gift cards to incoming law students. She decided to donate the gift cards to members of the Minority Student Program (MSP) at Rutgers Law because she wanted to help students who were the first in their families to attend law school and shared similar challenges to the ones she once did. With the help of MSP Dean Yvette Bravo-Weber, incoming students were offered the chance to apply directly to Perez to get a book store gift card for $350.

Perez said the emails were personal and moving. One student said she and her family are refugees from Bosnia. Another said he and his brother were the first men in their family to not serve time in prison. An incoming student shared she has to be self-reliant because she lost both of her parents at a young age. A female student told Perez that in her culture, girls were not educated beyond the 8th grade.

Perez, who also is a member of the MSP, came to the law school to present the gift cards in person in early August, along with her colleague Craig Dashiell RLAW ’13, an associate at Lowenstein Sandler who also participated in MSP.

Dashiell said without the small study groups and mentoring he received through Rutgers Law’s MSP, “I wouldn’t have been able to make it through law school.” He told the law students that the alumni network of graduates is there to support them.

Perez shared with the students her personal story of coming to the United States from the Dominican Republic at age 13, having to learn English, and graduating as valedictorian of her high school class. She said because she was undocumented at the time, she did not think she could go to college and was ineligible for financial aid. To her surprise, a school teacher from Rockland County found out about her situation, and offered to help pay her tuition. Perez said that it was this woman’s generosity that inspired her to buy the law books.

Perez, who is now married and a legal permanent resident, handed each student an envelope containing a gift card that her 2-year-old daughter decorated with stickers. “You can do well in law school,” she told the new students.

She said she hopes to inspire others to do something similar. “I’m in a position now to do something to help others, even if small” Perez said. “I believe it takes a village.”