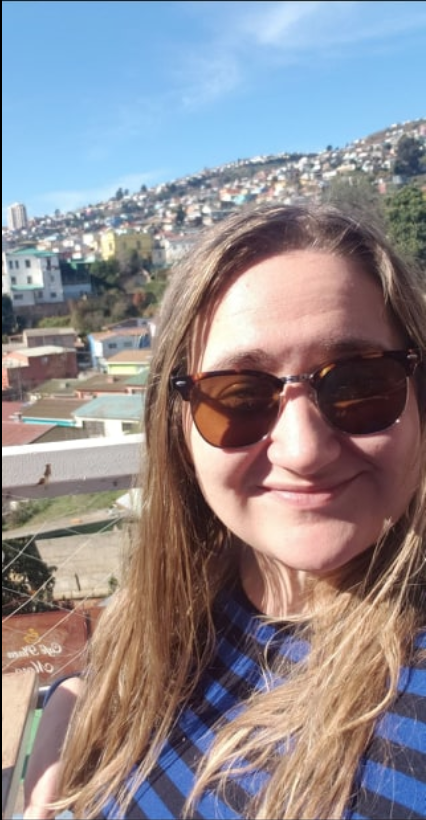 Rutgers Law School student Mary Hains RLAW’21 spent her summer in Chile working with a non-governmental organization to improve LGBTQ rights, through a fellowship with the Transnational Legal Initiative, which was founded by Professor Jorge Contesse.

Hains worked with the organization Fundación Iguales in Santiago, where she did research on international human rights law and public policy, which she presented to the organization’s legal staff at the end of the summer. The subject of her research was comparing HIV laws and public policies from different countries around the world and to identify which countries have implemented effective laws and policies to reduce the international HIV/AIDS health crisis.

“I really enjoyed the experience and I know it will help advance my legal career goals in many ways,” she said. “Researching the effectiveness of laws and public policies from countries around the world shifted the way I will view laws and legislative proposals in the United States to a more analytical perspective.”

For six weeks, Hains worked in the organization’s office with other staff and learned about the work they were doing on marriage equality and educational initiatives. She said she was often the only American in the room. In June, she helped out with Santiago’s 2019 Pride Parade, which was hosted by Fundación Iguales and another local NGO.

A Mendham native who graduated from the University of Colorado at Boulder, Hains was a work-study student for the Rutgers Law Associates, a member of the Labor and Employment Law Society, and the Courtroom Advocates Projects, which helps domestic violence victims in family court in New York. This school year, she will serve as the Associate Editor for the Rutgers Race and the Law Review.

This is the third summer that the Transnational Legal Initiative has provided fellowships in South America to Rutgers students.

“I would definitely recommend this experience to other students who are interested in public policy work or gaining an international perspective on human rights law,” she said. “It was a really enjoyable 1L summer experience that also provided me with valuable career insight and a more enriched perspective from having experienced working in the legal field in another country.”

Contesse added, “The goal is to provide students with opportunities to learn about the law in other countries and in international settings.  Students who are exposed to other legal cultures will be better lawyers.”

The Transnational Legal Initiative will again fund up to two summer internships in 2020 and a newly established internship with the Inter-American Commission on Human Rights, in Washington DC.