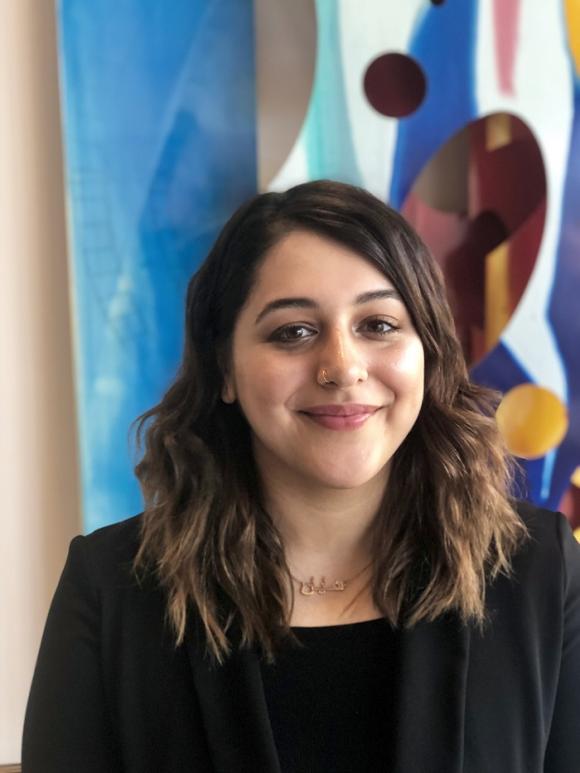 Shayan Mirzahaidar RLAW ‘19 says she chose Rutgers Law School because of its “incredibly strong reputation for public interest and student-led activism” something she embraced, by working for the rights of incarcerated people and by being an active member of the National Lawyers Guild.

While in law school, Mirzahaidar worked to get incarcerated people mental health and medical treatment, accommodations for their disabilities, and protections if they were transgender, through the Legal Aid Society’s Prisoners’ Rights Project.

She also advocated through the Rutgers Constitutional Rights Clinic, where she worked on a case to enforce a settlement agreement between a group of incarcerated people and prison officials.

“My team fought for the rights of incarcerated people in New Jersey’s prison system, which taught me about the nuances of state and federal civil procedure, client interviewing, and working in a tightly knit team,” she said. “We even visited our putative clients in prison each week and drafted a full complaint from scratch.”

Her dedication earned her the Mark J. Lopez Civil Liberties Scholarship for clinic students who show "demonstrated commitment to civil liberties and outstanding promise for contributions to the legal profession.”

In addition, Mirzahaidar participated in advocacy work through the National Lawyers Guild – organizing a drive for students to write to incarcerated people, protesting the Kavanaugh confirmation, enlisting the student government to condemn investment in private prisons, and urging the governor to provide free legal counsel to immigrants facing deportation.

After she graduates on May 24, she will began working as a staff attorney in the Criminal Defense Practice for the Legal Aid Society. “Much of my work in law school has been advocating on behalf of people involved in the criminal legal system, so it’s truly the dream job,” she said.

A Texas native whose parents are immigrants from Iran, Mirzahaidar was a member of the Minority Student Program at Rutgers Law. She also served as the Articles Editor for the Law Review, as a teaching assistant for Legal Analysis, Writing and Research Skills, and was a representative for the Student Bar Association.

Her summer jobs included interning in the New York City Law Department, working at the Legal Aid Society’s Prisoners’ Rights Project, and at the national office of the ACLU.

She credits Professor Alexis Karteron, who oversees the Constitutional Rights Clinic, with teaching her what it means to be a people’s lawyer, “Due to her guidance, I became a better advocate than when I first walked through the clinic doors.”

She also was inspired to take a Civil Rights class from Professor Elise Boddie. “It was the most incredible experience I’ve ever had in a classroom,” Mirzahaidar said. “I felt like I always saw the real world reflected in the pages of our reading material and finally had the vocabulary to talk about systemic racism and the law.”