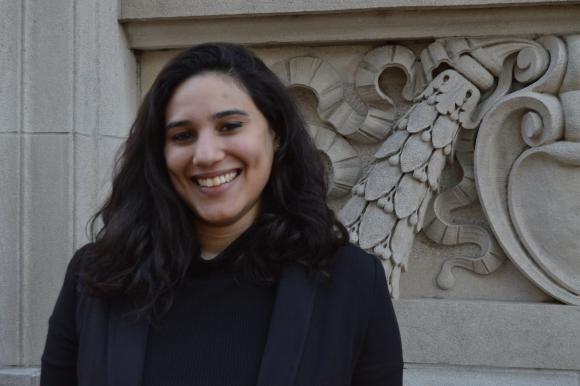 Natasha Payano did advocacy work that helped clients from Newark to Uganda while in law school.

Payano, the daughter of immigrants from the Dominican Republic, was a member of the Minority Student Program at Rutgers Law and served as the Alumni Chair for the Association of Latin-American Law Students. She attended Rutgers University in New Brunswick as an undergraduate, which influenced her decision to attend Rutgers Law, “I was fully aware of what a special and diverse space Rutgers can be. It was important to me to feel represented and seen in the classroom, and I knew Rutgers could provide that.”

After graduation, she’s heading to Fox Rothschild in Morristown and hopes to work in the firm’s litigation department.

After her 1L year, Payano worked in the International Human Rights/Constitutional Law Clinic. She worked on a lawsuit representing Sexual Minorities Uganda (SMUG), a non-profit advocacy organization, against an anti-gay extremist for his role in persecuting LGBTQ people in Uganda. The clinic worked on the case alongside the Center for Constitutional Rights (CCR), “It was a phenomenal experience . . . I was fortunate enough to travel to Massachusetts to observe the summary judgment hearing we were preparing for throughout the semester. Being able to witness the fruits of my labor and meet the members of SMUG who traveled from Uganda for the hearing was transformational and further fueled my passion for social justice lawyering. “

Payano also found time to work as a Street Law instructor, educating sixth graders in the Newark public school system about the law, and served as the Co-Chair and Treasurer of the law school’s LGBTQ Law Caucus. “The LGBTQ Law Caucus provided students with a safe space to feel seen, heard, and represented. . . The Caucus held various general student body meetings and opened up dialogue with students regarding their sentiments and needs; for example, we had a post-election safe space meeting,” she said.

In addition, the caucus petitioned the university to offer trans health care services in Newark, spearheaded bathroom inclusion activism following an exclusionary bill in North Carolina, hosted a panel discussion about the bathroom bill between a transgender activist and a critic, and hosted a diversity panel with the Lowenstein Sandler law firm.

She credited her clinic professors, particularly former Rutgers Law Professor Jeena Shah, and current Professors Alexis Karteron, and David Troutt. She said they taught her the ways the law can be an apparatus for social justice and deepened her understanding of systematic oppression.

Payano said she encourages incoming law students to get involved, “There are so many opportunities for social justice activism and community involvement at Rutgers and not enough students make use of these options.”