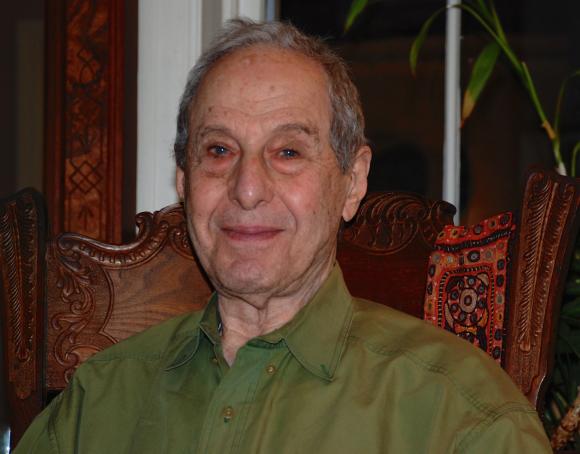 Sidney Posel, a professor who joined Rutgers Law School in the early 1960s and stayed on as a Professor Emeritus into the 1990s, died in March at the age of 99, said his son Dan Posel. While at Rutgers, he taught Commercial Law and Banking Law, commuting to Newark from his home in the East Village of Manhattan.

Former Dean Ron Chen had Professor Posel as his Commercial Law teacher.  Professor Diana Sclar said of her colleague, "I remember Sid as a sweet, gentle soul who, together with Allan Axelrod, served tea every afternoon at 4:00 p.m.”

Sidney Posel was born on April 19, 1920, in Philadelphia and was the first in his family to go to college. He won a four-year scholarship to the University of Pennsylvania after graduating from high school at the age of 15. An avid botanist and bird watcher, Mr. Posel received his master’s degree in agronomy from the University of Wisconsin in Madison.

During World War II, Mr. Posel served in the Army Air Corps stationed in Denver Colorado where he worked as a meteorologist providing weather reports to fighter pilots in training. It was here that he met his wife, the former Edith Isaacs. They would remain married for 72 years until her death in 2018.

When his service was over, he moved his family to the East Coast where he attended law school at the University of Pennsylvania, graduating second in his class, his son said. He also was awarded a Fulbright Scholarship in London and taught at Harvard Law School and Stanford Law School before moving his family to New York City for his wife’s art career.

Edith Posel became part of the thriving downtown cooperative gallery scene in New York City from the 1960s to the 1980s, according to her 2018 obituary, and she and her husband became close friends with a group of American artists living in Paris. Dan Posel recalled that his father was a man ahead of his time, and devoted himself to raising his children along with his wife, “He was very invested in equal time on the domestic front and spent a lot of time fathering his children.”

Mr. Posel was working at Paul, Weiss, Rifkind, Wharton & Garrison in the 1960s when he was recruited for a job as a professor at Rutgers Law, his son said. He took the PATH train each day to Newark and become close friends with Professor Alan Axelrod and former Dean Peter Simmons. Professor John Leubsdorf recalled, "Sidney reached out to welcome me when I arrived at Newark; he and his wife were good people, and became good friends." Mr. Posel had fond memories of Elizabeth Warren who was first his student and then joined the Law School faculty. His son recalled his father reflecting later in his career how pleased he was to see the gains of women in law such that 50% of his students were female.

Even after retirement, Professor Posel stayed on at Rutgers Law as a Professor Emeritus, teaching various topics, including accounting for lawyers. His legacy to his family was raising two children who became teachers and instilling in them a love of learning. His son Dan said, “He was, in a sense, a 19th Century Renaissance man because he was so interested in such a wide range of knowledge.”

Survivors include his sons Benjamin and Daniel, daughters-in-law Jessica and Jean, and grandchildren Leo, Toby, Julia and Susannah; nieces and nephew Anne, Ellen, Frances, Rebecca, and Joseph and their families; and sisters-in-law Nancy, Edith, and Emily.