Professor Authors Legislation to Improve the Lives of Youth Offenders 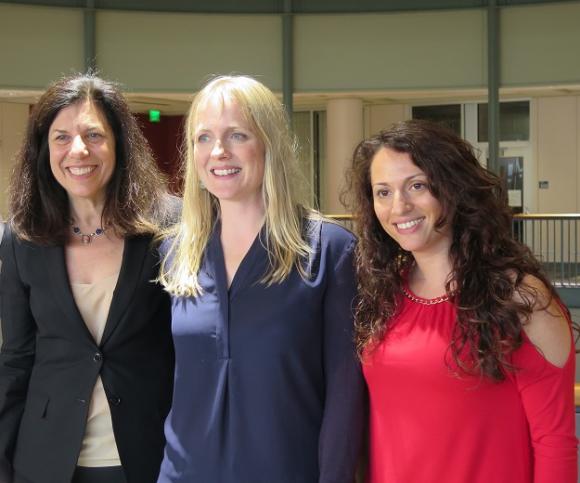 Recent legislation signed into law by New Jersey’s Governor Phil Murphy that eliminates fines for youth who are incarcerated, reduces the amount of time they can be held behind bars, provides legal counsel for children on parole, and diversifies the panel that considers how long they will be on parole, was a direct result of work done by Rutgers Law Professor Laura Cohen, who was one of a handful of advocates who brought the suggestions to legislators and worked with them to get it passed.

Cohen, who heads the Criminal and Youth Justice Clinic in Newark, said the new rules for juveniles “will be transformative for young people” whose lives were unduly impacted by the harsh laws that were in place. She said the idea for the legal changes came from the years of work she’s done through the Rutgers clinic representing incarcerated youth.
“The goal of this was and is to create a more compassionate, effective, equitable, and safe youth legal system,” she said.

“I am proud to sign sweeping legislation to reform our juvenile justice system and ensure that our young people have the opportunity they deserve to turn their lives around and build a better future for themselves, their families, and their communities,” said the governor, in a prepared statement. He signed the bill on Jan. 20. The bill was sponsored by Senators Nellie Pou, Shirley Turner, and Troy Singleton and Assembly Members Benjie Wimberly, Annette Quijano, Verlina Reynolds-Jackson, Valerie Vaineri Huttle, Gordon Johnson, Cleopatra Tucker, and Angela McKnight.

Cohen said that before the bill’s passage, as part of a juvenile court sentence, the court imposed mandatory fines and fees that poorer children, who were disproportionately children of color, were unable to pay. In addition, the bill reforms the parole process “to ensure that children remain in custody for the shortest amount of time necessary to achieve the rehabilitative goals of their incarceration and to ensure community safety, and are not re-incarcerated as a result of technical violations of parole.”

Previously, the State Parole Board determined which youth could be released early. Under the new law, a more comprehensive panel, that includes members of the Juvenile Justice Commission, will have that task. Cohen said the law “substantially reforms the state system of post-incarceration supervision.”

She credits the law firm of Lowenstein Sandler; the ACLU of New Jersey’s Senior Supervising Attorney and Rutgers Law Adjunct Professor Alex Shalom, Advocates for Children of New Jersey, and the Juvenile Law Center, who all worked together to get the legislation passed.

Nagel, who now is a legal services attorney in the Hudson Valley, recalled, “I represented the kids who were in detention -- often on the very issues addressed in this bill. I spent most of my time in detention centers with my clients trying to ensure their rights were protected-- right to education, to safety, to being released. We did a lot of work on fighting solitary confinement, where the kids were sometimes held for months at a time.”

One of the issues that Nagel and Cohen identified is that the longer children were incarcerated and kept in post-incarceration institutions, the more likely they were to stay ensnared in the legal system. Nagel said children would be re-incarcerated for small infractions, such as being an hour late for curfew, “So a kid who should have been eligible for parole after a year and a half would spend four years sitting in a cell. He would go in at 14 and get out at 18. They were missing their chance to grow up on the outside. And they were becoming institutionalized -- they may never escape the cycle.”

Dougherty, a current clinical fellow, called the new law a “game changer.” She said, “From sentencing to post incarceration supervision, the legislation addresses some of the most burdensome aspects of the present juvenile system. I’m proud of Professor Cohen and the Criminal Youth Justice Clinic’s work on this bill and so excited to see the real-life effects this legislation will have on young people in New Jersey.”