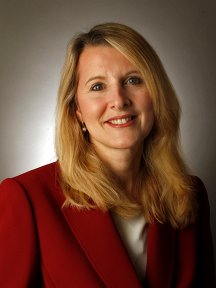 Professor and former Associate Dean Camille Andrews graduated with honors in 1986 from Rutgers Law School and was a member of the Law Journal and National Moot Court Team after winning first-place award and best brief for Moot Court.

After graduation, she became an associate with the Dilworth law firm in their Philadelphia office, specializing in corporate, class action and derivative litigation. She also served as general counsel to a private equity fund. Andrews said she chose the firm because it allowed her to contribute nearly 500 hours a year in pro bono service to the Child Advocacy Center in Philadelphia. She became a partner at the firm and served as one of the firm’s in-house ethics counsel.

However, with two young daughters at home, Andrews said she realized she needed to step back from her long work hours and interviewed for in-house general counsel positions at both Drexel and Rutgers University. She said Rutgers then-Dean Roger Dennis heard about her application and invited her to lunch, inviting her to instead teach complex litigation and antitrust law at her alma mater.

“It was an easy decision for me,” she said. “I had such an amazing, wonderful experience at Rutgers as a student, and the opportunity to work with world-class faculty like Roger Clark, Bob Williams, Rand Rosenblatt, Jay Feinman, Dennis Patterson, Allan Stein, Richard Hyland, David Frankford and Phil Harvey, was an unexpected privilege and honor.  Many of these faculty had mentored me in law school.”

After more than 20 years at Rutgers, Andrews is retiring this year, but says she plans to return to the practice of law and continue counseling, advising and teaching aspiring lawyers.

While at Rutgers Law, Andrews worked as a Professor of Professional Practice of Law and an Associate Dean. She taught Antitrust, Evidence, Complex Litigation, Professional Responsibility, Baseball Arbitration, Sports Law and Entertainment Law and a popular undergraduate course of Law 101. From 1996-2015, she was one of two faculty advisors to the Rutgers Law Journal. She also served as a member of the Admissions Committee and oversaw scholarships, residency and enrollment, in addition to overseeing moot court programs and assisting with continuing legal education programs for the bar.

“The most profound changes in which I have been privileged to play a part is in the accomplished lives and careers of our students,” she said.”During my almost 20 years as Dean of Enrollment, I felt privileged to be a part of recruiting thousands of talented, diverse and energizing students from all walks of life and all over our nation.”

During her career at Rutgers Law, Andrews was recognized with the Dr. Martin Luther King Jr. Champions of Social Justice Award and the Alianza Defensores de la Justicia Award.

Andrews also has been quite active outside of the law school. She is a member of the American Bar Association: Antitrust and Litigation sections and served as Co-Chair of the American Bar Association's Law School Administration Committee in 2002. She has also served from 2010 through 2013 on the New Jersey Supreme Court Committee on Judicial Education. She regularly lectures and has published for the New Jersey Institute for Continuing Legal Education on a variety of topics. She is also an active volunteer and has served on the Board of LEAP Charter School and the New Jersey Cares Board, in addition to previously serving on the boards of the Walnut Street Theatre, ACYO Foundation, New Jersey Child Cares, and the Philadelphia Zoo Chairman’s Council.

She had this advice for future law students, “Rutgers Law is at its best when we share ideas, aspirations, challenges and the times of our lives with each other. My advice would be to seek out and cherish those relationships from your first moment here. My 1L study group are still my closest friends.”