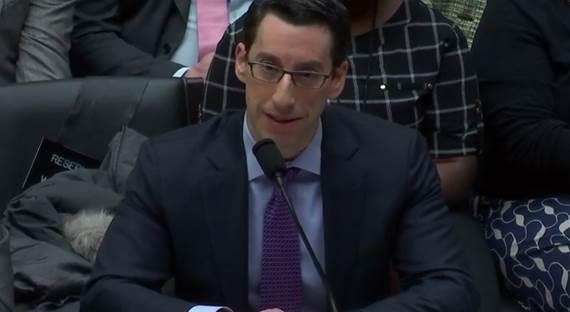 Rutgers Law Professor Michael Carrier filed a friend of the court brief that the Supreme Court quoted in its decision.

On June 21, 2021, the Supreme Court released its much-anticipated decision in NCAA v. Alston. Distinguished Professor of Law Michael Carrier—a leading intellectual property and antitrust law scholar who has authored more than 130 book chapters and law review articles—submitted a friend of the court brief that the Supreme Court quoted in its decision. Here's what Professor Carrier said about his work on the case, the Supreme Court’s decision, and what it means for the future of college sports.

Simply put, it’s about whether the NCAA can prohibit its players from being compensated. Even though the NCAA is a multi-billion dollar business with coaches making millions of dollars, the student-athletes who make it all possible often do not partake in these riches, even struggling to afford meals. The NCAA bars all of its member schools from providing student-athletes benefits like tutoring, scientific equipment, and computers. The question before the Court was whether those restrictions were illegal.

How did the Supreme Court rule?

In a 9-0 decision, the Court emphatically rejected the NCAA’s position and found for the student-athletes. It held that the NCAA was not entitled to antitrust immunity and that it violated the antitrust laws. The Court relied on our brief for central parts of its antitrust analysis. Just to pick one example, in the “Rule of Reason” framework applied in this case, courts apply a burden-shifting framework. At the first stage, the plaintiff must show an anticompetitive effect on the market as a whole (not just on itself). The Court found that the student-athletes’ ability to show such an effect (restricted compensation) was “unlike so many cases” because of my empirical work that plaintiffs almost never (809 of 897, or 90% of cases) win at this stage.

How did you get involved in the case?

This project goes back more than 20 years! When I was an attorney at a Washington, DC law firm in the 1990s, I had a sense that courts applying the Rule of Reason did not actually balance anticompetitive and procompetitive effects, as most observers believed. Instead, I thought they engaged in a burden-shifting analysis. And the only way to show that was to count the cases. So that’s what I did, spending time I should have been sleeping reviewing the hundreds of Rule-of-Reason cases decided between 1977 and 1999 and finding that plaintiffs almost never win at the first stage. I replicated this study in 2009, and reviewed hundreds of cases since then.

The brief that I co-authored grew out of that work. Together with Chris Sagers at Cleveland State, I filed an “amicus” brief on behalf of 65 professors of law, business, economics, and sports management. Amicus briefs are filed on behalf of neither party, and I’ve filed 20 of them in the past decade to try to encourage courts to consider particular frameworks for high-stakes cases critical for the economy and society. In this case, we argued that the NCAA is not above the law, that its excessive reliance on a 1984 Supreme Court decision was beside the point, and that it violated hornbook antitrust law.

The trial court found that NCAA rules that bar schools from giving student-athletes educational benefits violated the antitrust laws. Why did the student-athletes challenge the rules? What were they hoping to get from this lawsuit?

The student-athletes, appropriately in my view, thought it only fair to receive compensation for education-related expenses, which are, after all, related to education!

The NCAA won a victory in the trial court, which upheld the NCAA’s rules barring non-educational compensation. Why did the NCAA appeal this case to the Supreme Court?

It was going for the knockout punch, asking the Court to declare once and for all that the NCAA could limit compensation for student-athletes however much it wanted. It basically was seeking a form of immunity from the antitrust laws.

How is antitrust law relevant to what the NCAA was doing?

Does this mean that all of the NCAA’s rules barring compensation for student-athletes are now illegal?

Not all. But the education-related ones at issue in the case are now illegal. And the path is open to challenge additional restrictions.

What does the Court’s decision mean for the future of college sports?

This is one of the most important antitrust and sports cases in the past generation. The amateurism defense the NCAA has relied on for decades is now riddled with body blows. And student-athletes can now receive education-related benefits without restriction. In fact, the strong ruling will most likely extend to other areas, as student-athletes are now beginning to receive payments when their “name, image, and likeness” appears in media such as video games. For too long, the NCAA has made billions on the backs of its student-athletes. At last, student-athletes are poised to share in the spoils.