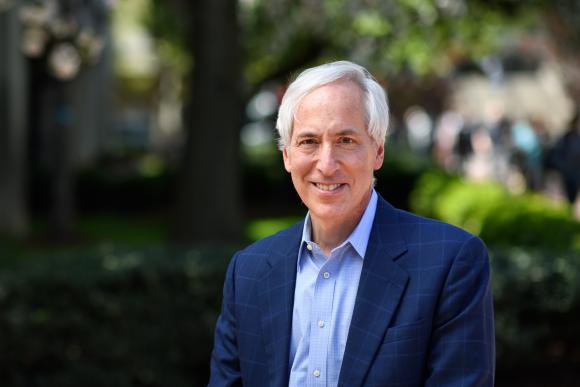 Professor Stuart Green, an internationally-known criminal law theorist, has written a book titled Criminalizing Sex: A Unified Liberal Theory that asks "In an era informed by the #MeToo movement, Harvey Weinstein trial, and ongoing Epstein litigation, how can we design a legal system that protects individuals in their right to be free from sexual contact against their will, while also safeguarding the right to engage in consensual sexual conduct?”

Below, Professor Green talks more about his book:

Talk about your book. What led you to write this book, who is it for, what do you hope readers take away from it?

This is the third volume in what has become a career-long project of critically examining the moral concepts that underlie the criminal law. Two earlier volumes focused on white collar crime and theft and property crime, respectively. In my new book, I look at the sexual offenses. All three books definitely take a scholarly approach, but my hope is that they will be accessible to a wider educated readership as well. Readers of Criminalizing Sex should come away with a deeper understanding of the challenges the law faces in trying to reconcile the right not to be subjected to sexual contact against one’s will, while also safeguarding the right to engage in (private, consensual) sexual conduct in which one does wish to participate.

Why is this book timely in this political climate?

The last decade or so has been an eventful and turbulent time in the legal regulation of sex. Major social institutions have been rocked by sex scandals. The Obama Administration began taking a more aggressive stance toward sexual misconduct on college campuses, a policy that was reversed in the Trump Administration. The American Law Institute launched its project to revise the rape and sexual assault provisions of the Model Penal Code. And the #MeToo movement became a worldwide phenomenon, eliciting a practically endless stream of allegations of sexual harassment and assault. Meanwhile, the Supreme Court gave its imprimatur to same-sex marriage, trans and nonbinary persons demanded new respect for their rights, and the internet played an ever-expanding role in connecting people with an almost unimaginably wide range of sexual practices and interests.

Sometimes, the right not to be subjected to sexual contact against one’s will can come into conflict the right to engage in (private, consensual) sexual conduct in which one does wish to participate. The book offers a rigorous approach to understanding these conflicts and a means for reconciling them. In an age when there is so much confusion and rancor over how sexual behavior should be regulated, the analysis developed in the book makes clearer where and why policy disagreements exist, and offers a possible path to their resolution.

Talk about how this book and topic relate to your scholarly area of expertise?

While I teach the whole gamut of courses in criminal law and procedure, my particular scholarly focus has been on using the concepts of moral philosophy to understand and assess the underlying content of the criminal law. I have been especially concerned with the question of criminalization – what kinds of behavior are justifiably punished, and why. Beyond the sexual offenses, my books and articles have focused in particular on the moral limits of theft and a wide range of white collar crime. I have recently begun thinking about a new project on the underlying moral concepts that inform the law of homicide.

You can buy the book in hard copy or digital form from all of the usual booksellers, including Oxford University Press on line or at: https://stuartpgreen.com/

Professor Green and Co-Dean David Lopez talked about his book and other criminal law issues in this episode of The Power of Attorney the Rutgers Law School podcast.