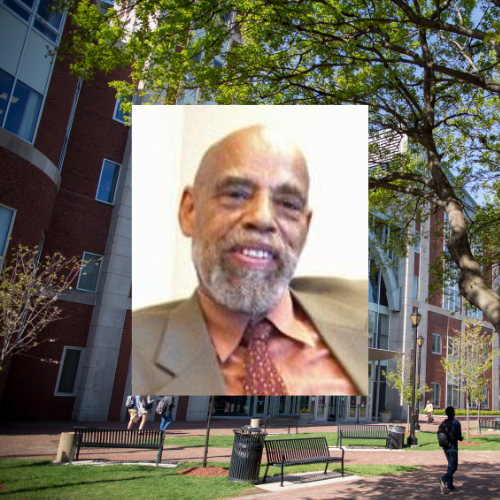 First a student, then a professor, Al Slocum was one of the founders of the Minority Student Program

Retired Rutgers Law School Professor Alfred Slocum, a graduate of the class of 1970 and one of the founders of the Minority Student Program, has died. He died on Friday, May 11 at the age of 86, after a brief illness and surrounded by family.

Professor Slocum became Public Advocate of the State of New Jersey in 1986 and later that year was appointed Public Defender. For five years he championed the causes of the voiceless underclass and the indigent defendant. In 1990 he returned to the law school where he taught until retiring from the faculty in 2001.

When he took the office of Public Advocate in 1986, then-Gov. Thomas Kean was quoted in the Daily Record as saying, “The office of the public advocate Is a way to make the system work for everyone, even the downtrodden. Al Slocum Is a natural as a leader of this office." Slocum added at the time, “This should be a day of harmony, to show that we can all work together for a better life in this state."

Professor Slocum served in the Air Force in the Korean War as a radar technician. graduated from Newark College of Engineering, now the New Jersey Institute of Technology, with a degree in electrical engineering. He worked as an electrical engineer for almost a decade, during which time he became active in the NAACP. As an NAACP official, he saw the law as in dire need of reform and decided to go to law school. He received his J.D. from Rutgers-Newark in 1970 and, upon graduation, was appointed to the faculty.

While a student at Rutgers Law, he became a spokesperson for the rights of people of color and other minorities within the law school community. Together with Professor Frank Askin and others, he formed a committee that led to the creation of the Minority Student Program, which celebrated its 50th anniversary this April.

He earned his master of laws degree at Yale Law School in 1971. He was an associate professor of law at Rutgers since 1973. In 1974, Professor Slocum took a leave of absence to serve as executive director of the Council on Legal Education Opportunity (CLEO). Sponsored by the American Bar Association and funded by Congress, CLEO was the first national organization dedicated to recruiting minority students into law schools. He was elected president of CLEO in 1984

During his service on CLEO, Slocum served as adjunct professor of law at Howard University School of Law. He also served as a consultant to the Office of Consumer Action in Newark

Professor Slocum also served on the board of the Essex County Legal Services Program and the Puerto Rican Legal Defense and Education Fund. He was for many years an active member of the National Conference on Black Lawyers and has served as general counsel of the National Organization of Black Law Enforcement Executives. He also served on several New Jersey Supreme Court committees, including the Committee on Racial Bias and the Court and the Committee on Jury Selection and Its Impact on Racial Minorities. In retirement, he served as a municipal court judge in East Orange.

His former colleagues remembered him with warmth and high regard. “Al Slocum was a great friend and colleague.  He was an invaluable sounding board for the civil rights lawsuits that I filed.  He had a great and biting sense of humor and was an incredibly warm and caring person.  I will miss him,” said Penny Venetis, Director of the International Human Rights Clinic at Rutgers Law.

Professor Charles Auffant said, “Prof. Alfred A. Slocum, the Father of our Minority Student Program, was a tireless and unyielding champion of civil rights and equal justice for people of color. He was one of those rare intellects that was comfortable meeting with the powerful but always preferred being with the "bloods".  He was my mentor, my teacher, my friend.”

“When I think of Al, the first things that come to mind are his tough love approach to students, his (literally) uncompromising defense of the MSP Program, and his love for edge-city pursuits like hang-gliding, which continued into his seventies (maybe even eighties?),” said Professor James Pope.

“He was a unique and dynamic personality.  He has left a great legacy; Rutgers-Newark would not be the extraordinary place it is without Al Slocum,” said Professor Bernard Bell.

If you would like to contribute to the Slocum Social Justice Internship so that we can expand the number of available intern slots and provide internships to other social justice organizations, please donate at give.rutgers.edu/ASlocumSocialJusticeFund.