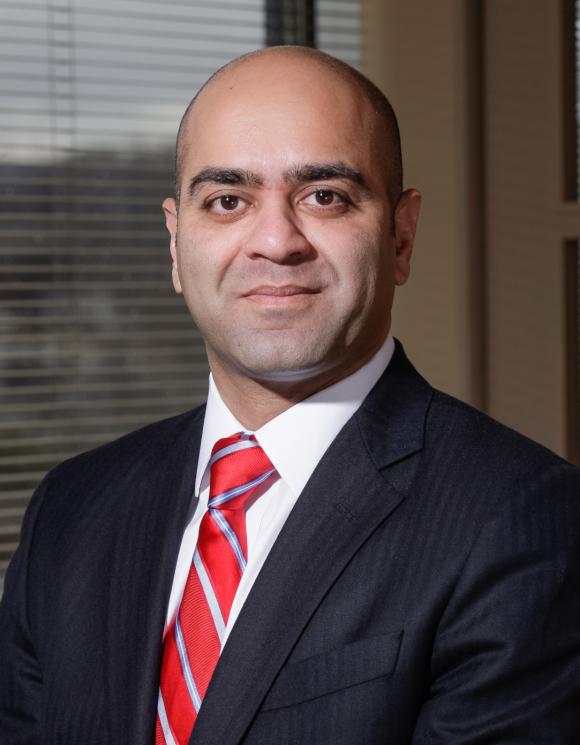 Zahid M. Quraishi, a graduate of Rutgers Law School’s Class of 2000, and an adjunct professor who taught students trial skills during the pandemic, has just been named to the U.S. District Court in New Jersey, making him the nation’s first Article III Muslim federal judge.

Quraishi was already serving as a federal magistrate judge when he was nominated by President Biden and confirmed by the Senate to the U.S. District Court in New Jersey.

On June 10, in a bipartisan vote of 81-16, Quraishi received support from the U.S. Senate for his confirmation to the federal court in Trenton, after receiving nomination approval from the Senate Judiciary Committee last week.

In 2019, Quraishi was appointed a United States Magistrate Judge for the District of New Jersey, Trenton vicinage. He is of Pakistani ancestry and also was the first Asian-American to sit on the federal bench in New Jersey.  Prior to his appointment, Quraishi was the Chair of the White Collar Criminal Defense and Investigations Group and the first Chief Diversity Officer at Riker Danzig Scherer Hyland & Perretti in Morristown.  Quraishi brings to the job the unique perspective of an attorney and veteran, having served as a captain in the U.S. Army JAG Corps after 9/11.

A native of New York City who was raised in Fanwood, NJ, Quraishi earned a degree in criminal justice from the John Jay College of Criminal Justice before attending Rutgers Law School in Newark from 1997-2000.  In law school, he served as Managing Business Editor for the Computer & Technology Law Journal, and as a member of the Rutgers Moot Court Board. He also worked as a teaching assistant for the Legal Research and Writing course. “I have very fond memories of my time at Rutgers and have maintained friendships that began in law school throughout my career,” he said previously.

After graduating from law school, Quraishi clerked for the Honorable Edwin H. Stern, Presiding Judge, Superior Court of New Jersey - Appellate Division and then served as an associate at the law firm of LeBoeuf, Lamb, Greene & MacRae.

After his honorable discharge from the military, Quraishi returned to New Jersey and worked as a trial counsel for the Department of Homeland Security, and afterwards, as an Assistant U.S. Attorney in Newark. He worked in the U.S. Attorney’s Office for over five years, before joining Riker Danzig nearly six years ago. He was previously recognized by the New Jersey Law Journal as a “New Leader of the Bar” in 2014.  More recently, he was awarded the “Professional Achievement Award” by the Asian Pacific American Lawyers Association of New Jersey and has been selected to receive the Standing Ovation Award from the South Asian Bar Association in September.

Quraishi was nominated by President Biden as part of a slate of judges to the U.S. courts who are diverse in backgrounds and personal experience.

Last fall Judge Quraishi taught “Trial Presentation.” Originally scheduled as an in-person class and later switched to hybrid during the pandemic, Quraishi taught lessons on the basic stages of a trial, including opening statements, witness preparation, direct examination, cross examination and closing arguments. It was his first semester teaching at the law school. He said at the time, “I graduated from this law school twenty years ago – and now I have been given the chance to share my experiences with the next generation of Rutgers lawyers.  Whatever small role I can play, I am in.”

Quraishi had this advice for law students: “A legal career is a marathon, not a sprint. It is important for young attorneys to experience different subject matters to determine what they want to do long-term in this profession.  I was fortunate to find what interested me early in my career.  Loving the work I have done and currently do positively impacts every other facet of my life.”

He also praised people he met during his career. “I feel blessed to have encountered so many wonderful mentors and friends along the way and hope to continue to do so for the remainder of my career.”