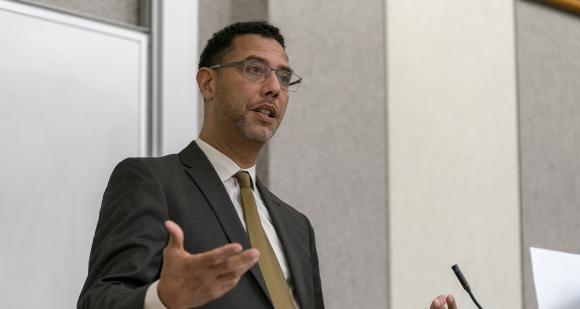 The "Homes Beyond Reach" report, led by Prof. David Troutt, shows that one-third of Newark renters spend more than half of their income on housing.

Even before the Covid-19 pandemic, the City of Newark did not have enough affordable housing for its renter population, with nearly 60 percent of Newark renters spending more than a third of their incomes on housing.

In addition, an estimated one-third of Newark renters spend more than half of their income for housing, making them severely cost burdened.

An extensive analysis of Newark renters and available properties, by the Rutgers Center on Law, Inequality, and Metropolitan Equity (CLiME), produced by Professor David Troutt and Senior Research Fellow Katharine Nelson, shows there is a dire need for additional affordable rental housing. It is estimated it would take an additional 16,000 low-rent units to meet the city’s rental housing needs. The gap in low-rent units is particularly high in each of Newark’s outer wards.

"Intuitively, policymakers and the public knew that housing affordability in Newark is acute and getting worse.  We endeavored to reveal the facts--and discovered an unrelenting crisis,” said Troutt.

This report “Homes Beyond Reach” shows that families are suffering the most. Renters may be able to afford a studio or one-bedroom, but most cannot afford a larger rental unit that would provide enough space, which has led to overcrowding. In addition, much of the city’s focus has been on rehabilitating dilapidated older housing units, rather than developing additional low-cost rentals.

The report was released in early February, and will be presented to the Mayor and the City’s Equitable Growth Commission in the coming weeks. It makes several recommendations on how the city can improve conditions for Newark renters:

•    Set clear affordable housing goals, with numbers of units attached, based on an assessment of need in Newark wards and neighborhoods
•    Focus on units with very-low-rents that would be affordable to most Newarkers, and on larger units for families
•    Make use of the city’s available resources to creatively increase the number of affordable units by partnering with existing non-profit agencies, and by providing free or low-cost land through the city’s landbank.
•    Play a leadership role in garnering additional resources from state and federal housing subsidy sources.
•    Balance the need for additional affordable housing with the rehabilitation needs of the City’s aging rental stock.

This is the second study on housing in Newark done by CLiME. Troutt and CLiME conducted an eight-month study on housing in the City of Newark in 2017 and analyzed how to best balance growth and development in the city with its housing needs. Based on data, Rutgers researchers provided recommendations on how to spread the benefits of economic growth to all wards and neighborhoods in Newark. The group’s goals focused on encouraging equitable development, reducing displacement risk for residents, increasing the capacity of existing agencies, improving upon existing initiatives, and becoming more child-centered.

The report’s findings were shared with the mayor and his executive staff in October 2017. The research project coincided with a meeting between Newark Mayor Ras Baraka and Rutgers University-Newark Chancellor Nancy Cantor, where Baraka sought faculty input on urban development in the city.

The Homes Beyond Reach report was based on a unique integration of public Census data with administrative data on federal housing subsidies. It also drew on the city’s affordable housing inventory. CLiME is currently working on a report of police reform, and another on the state tax incentive policy.