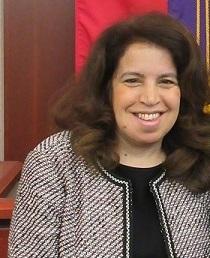 New Jersey's new law, influenced by Rutgers Law Professor Randi Mandelbaum, will make it easier for parents to designate a caregiver in case of an emergency.

In 2018, Randi Mandelbaum, Director of the Child Advocacy Clinic at Rutgers Law School, with Catherine Weiss of Lowenstein Sandler and a few other attorneys, created a document that enabled parents to designate someone to care for their children in the event they were suddenly detained or deported by ICE.

Mandelbaum’s clinic reacted quickly to a crisis brought about by the Trump Administration’s rapid detention and deportation of parents, which left many parents scared that their children would be left unattended, or thrust into foster care, without a designated guardian.
However, existing laws did not go far enough so Professor Mandelbaum and Ms. Weiss worked with legislators to amend New Jersey’s statutes so that parents would have the ability to make alternative arrangements for their children in several different circumstances, without going to court.

The bill was signed into law by New Jersey Governor Phil Murphy on August 5. Among its provisions are:
•    Allows parents to delegate caregiving to another adult for up to a year.
•    Allows parents or caregivers to designate when the caregiving should occur – such as military deployment, incarceration, immigration detention or deportation, or serious illness.
•    Allows these rights not just to parents, but to legal guardians or custodians
•    Provides a sample form for parents to use.

“Under the new law, children can now avoid emergency placements in group settings and/or in the households of strangers if their parents designate family or friends as caregivers,” said Mandelbaum, who expressed her support for the state bill, along with the law firm of Lowenstein Sandler.

In their letter of support, Mandelbaum and Weiss emphasized how necessary these amendments were. “We are attorneys who have worked with numerous families, especially immigrant families, who fear that they will be detained and missing when their children return from school.”  In addition, and especially given the COVID-19 pandemic, the need for sick parents to have the peace of mind that comes from knowing that their children will be cared for no matter what is critical.

Mandelbaum, whose clinic works with immigrant children and families also stressed how important it was that this “new law allows parents to delegate a caregiver without having to go to court, which is something many immigrants fear.”

State Sen. M. Teresa Ruiz, who commented when Governor Murphy signed the bill, added, “The sad reality is that many parents find themselves in situations where they could have to leave their children on a moment’s notice, be it the possibility of a military deployment or ICE detention. By expanding the existing standby guardian law, we can ensure these individuals are able to create an action plan ahead of time, so they are confident their children will be in good hands should they be unable to care for them. This important legislation will pave the way for that.”