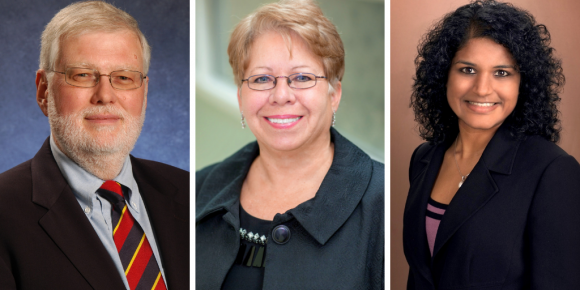 Proceeds from this event fund the alumni association’s scholarships for Rutgers Law students.

Three outstanding graduates from Rutgers Law School will be honored on November 14th at the 10th Annual Distinguished Alumni Award Celebration for their contributions to the legal profession, service to the community, and achievements in the legal community.

The Rutgers Law Alumni Association–Camden will present this year's Arthur E. Armitage Sr. Distinguished Alumni Award to honoree is Herbert J. Hinkle RLAW'74, who represented people with disabilities and their families continuously from 1974 through 2015, and was the founding partner of Hinkle, Fingles, Prior and Fischer in Lawrenceville, New Jersey.

The Honorable Joseph M. Nardi Jr. Distinguished Service Award honoree is Honorable Carmen M. Garcia RLAW'85, who served for over 16 years on the municipal bench for Trenton, NJ. During that time, Carmen instituted a number of case management reforms and protocols, as well as developed effective rehabilitative programs.

The Recent Graduate Award honoree is Sanmathi (Sanu) Dev RLAW'11 is a Shareholder at Capehart Scatchard and concentrates her practice on the representation of boards of
education in all areas of school law.

Learn more about the honorees below. 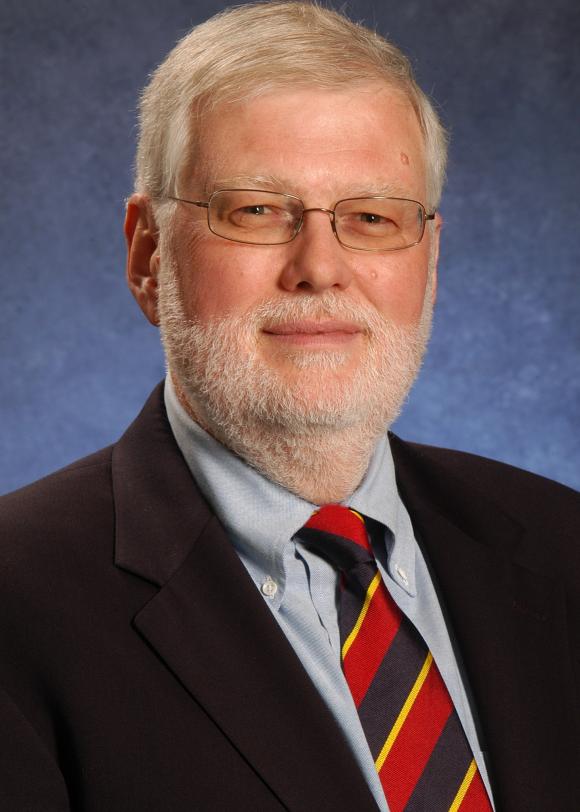 Hinkle has served on the boards of most statewide disability organizations in New Jersey and currently serves on the board of the Arc of Indian River County. This winter Hinkle will teach an adult learning course for Indian River State College entitled Connecting Hamilton to Hamilton to Broadway.

Hinkle is a 1974 graduate of Rutgers Law School in Camden, where he taught courses related to estate planning for the past decade. He also helps supervise pro bono activities involving law students planning estates of low-income clients. Hinkle holds a LL.M. in taxation from Temple Law School and a high school diploma from Camden High School.

Hinkle and his wife Tricia live in Vero Beach, Florida, from which he commutes approximately 20 times a year to teach at Rutgers. 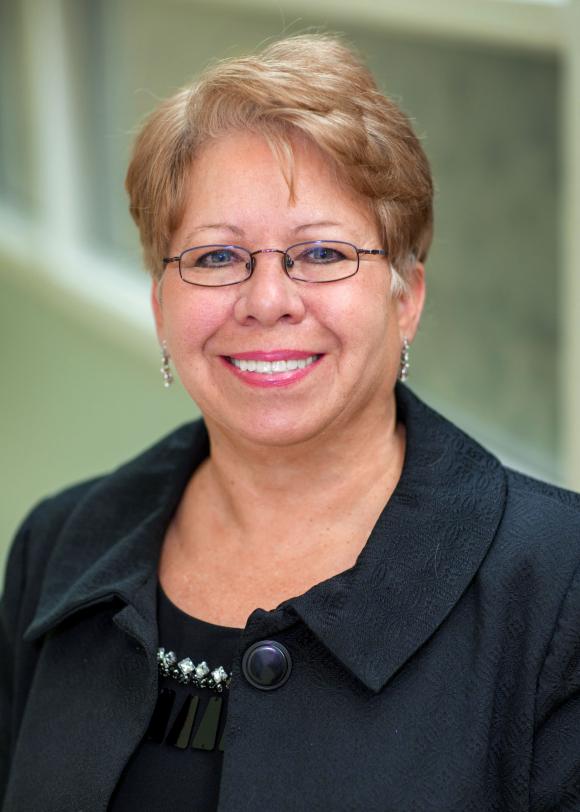 The Honorable Carmen M. Garcia is a first-generation Puerto Rican American who was born in Yonkers, NY and raised in the North Camden and East Pennsauken areas of South Jersey. She is the eldest daughter of the late Carmen M. Montes and the late Esteban Garcia from Mayaguez, Puerto Rico.

Garcia's humble parents were factory workers who emigrated as teenagers to the United States from their beloved Puerto Rico during the 1950ʼs. Neither had finished third grade; neither spoke a word of the English language; but Garcia's parents were devoted to finding a better life for themselves and for their children. Early on, she was profoundly inspired by her parentʼs vigorous work ethic, their strong value of education, their selfless commitment to community, and their deep pride in the Puerto Rican culture.

Upon her return from Europe, Garcia gained admission to Rutgers Law School in Camden receiving her Juris Doctorate degree in January of 1985. While in law school, she founded both Alianza, the Latin American Law Students Alliance, and a law school womenʼs basketball team. Moreover, she assisted the administration with the recruitment and retention of minority law students and worked various jobs to finance her legal studies.

Garcia began her legal career as a corporate litigation associate at the law firm of Cohen, Shapiro, Polisher, Sheikman and Cohen in Center City Philadelphia. She left private practice to serve as a judicial law clerk to, the person who would become her lifelong mentor, the Honorable Joseph H. Rodriguez in the United States District Court for the District of New Jersey. The following year, she began her tenure as an assistant counsel to former New Jersey Governor Thomas H. Kean. In that capacity, she was responsible for the Departments of Higher Education, Labor, and Personnel. She also handled Petitions of Executive Clemency and Commutation of Sentence for the State of New Jersey.

In October of 1988, just three years after law school, Garcia was appointed by the late Mayor Arthur J Holland to serve as a Municipal Court Judge for the City of Trenton. She was reappointed to the Municipal bench for consecutive terms by Mayor Douglas H. Palmer. On July 19th of 2001, Garcia was formally sworn in to serve as Chief Judge of Trenton Municipal Court. Notably, she was the first Latino lawyer to serve on the bench in the City of Trenton and the second Latina to be appointed to serve judicial office in the New Jersey Courts.

In total, Garcia served with distinction for over 16 years on the Municipal bench. During that time, she instituted a number of case management reforms and protocols as well as developed effective rehabilitative programs. Of particular note, she developed and administered a specialized diversionary treatment program for first-time offenders known as drug court, the first of its kind at the municipal level in the State.

Garciaʼs illustrious career continued thereafter as a gubernatorial appointee to the New Jersey State Parole Board. She was an associate board member for 14 years, handling juvenile cases and select adult matters, before retiring from State service in January of 2019. As an associate board member, through various administrations, she served as vice-chair of the Decision Making Processes and Procedures Committee, the Chairmanʼs designee on the Criminal Disposition Commission and on the State Council of the Interstate Commission for Juveniles.

A recognized community leader, Garcia remains actively involved in numerous professional, civic, and volunteer associations and activities. She currently serves as an officer on the Board of Directors for the Capital Health Hospital System in Central New Jersey, and as Co-Director of Endorsements for the New Jersey Women Lawyers Association. Further, she is an active member of the Hispanic Bar Association after previous roles as Vice President of the Southern Region, Regional Trustee and member of numerous and various HBANJ committees. Moreover, she is a long-standing member of the American Bar Association and the Hispanic National Bar Association, most recently serving as the HNBA liaison to the ABAʼs Commission on the Future of Legal Services.

The recipient of numerous awards and honors, Garcia's most significant achievements include her induction into the New Jersey Women (2012) and Camden Catholic (2015) Halls of Fame, the establishment of an annual scholarship award in her name at Rutgers Law School and her recognition as one of “Las Primeras” in a Hispanic National Bar Association research publication. Moreover, she was honored by the Hispanic Leadership Summit of NJ with the Law and Justice Award (2016) and received a Recognition Award (2017) from the Rutgers Law School Minority Student Program for her efforts to promote diversity on the Camden campus. Also in 2017, the Hispanic Bar Association of New Jersey conferred upon her its annual Trailblazer Award.

In February of 2018, after the devastating onslaught of Hurricane Maria, Governor Philip Murphy appointed Garcia to serve on the New Jersey Commission on Puerto Rico Relief. In July, the Puerto Rican Parade Association of Trenton recognized her for her service and contributions with its Carlos Pacheco Award. She also received a 2018 Professional Lawyer of the Year Award from the New Jersey State Bar Commission on Professionalism in the Law. During Hispanic Heritage Month this year, she was lauded as a Top Lawyer by the Al DIA News Media at its 2019 Lawyers Forum and Reception in Philadelphia, PA.

Throughout the entirety of her career, Garcia has been a strong advocate for higher education and diversity/inclusion strategies at all levels. Her passion is grounded in the strong values instilled in her by her parents long ago and provides the fuel for her strong and joyous commitment to mentoring students at the high school, college and law school level. 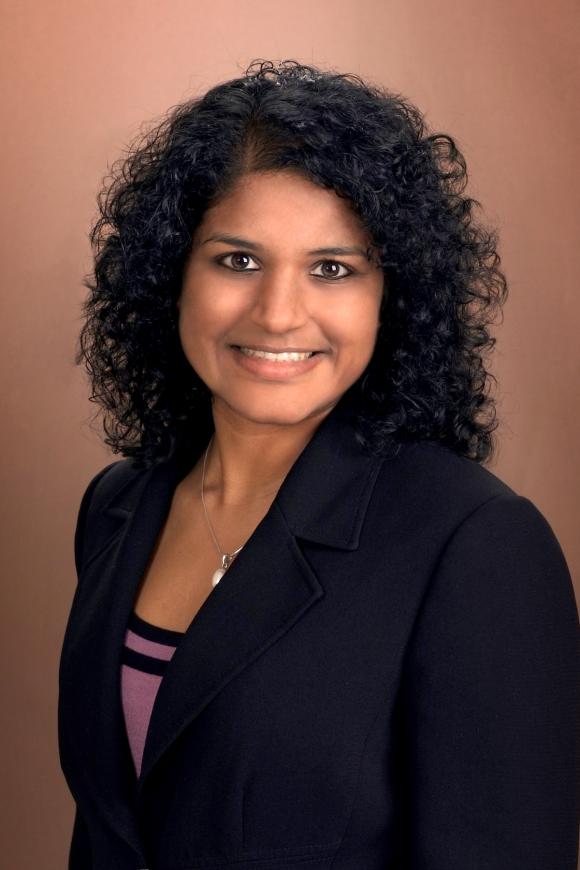 Dev earned her B.A. degree from Boston University in 2008 and her J.D. degree from Rutgers Law School in 2011. During her time in law school, she served as the Managing Research Editor of the Rutgers Journal of Law & Public Policy where her article, Implications of the Parental Right to Unilaterally Revoke Consent of Services on the Rights of a Child with Learning Disabilities under the Individuals with Disabilities Education Act, was published in 2011. She also served as the Vice-President of the Asian Pacific-American Law Students Association. Immediately after graduating from law school, Dev served as a judicial law clerk to the Honorable Ronald E. Bookbinder, A.J.S.C. in Burlington County. Dev is licensed to practice law in Pennsylvania, New Jersey, and the District Court for the District of New Jersey.