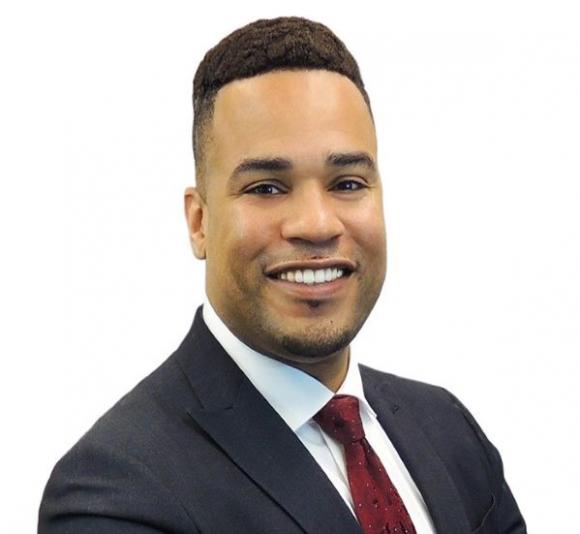 Since graduating from Rutgers Law School – Newark, Clifford D. Dawkins, Jr. has built a career as an employment law expert and stayed an engaged alumnus, becoming a member of the dean’s Minority Student Program (MSP) Advisory Board and serving as class representative for the MSP 50th reunion.

Now, after a nationwide search, Dawkins RLAW ’15, is returning to Rutgers Law as the new Dean of the Minority Student Program in Newark, a program in which he recalls enjoying many of his professionally formative experiences while in law school.
“Beginning with MSP’s summer orientation, I met brilliant individuals with whom I am still friends and close with today, many years after we’ve graduated,” he said. “For me, MSP was an extremely important part of my law school experience because MSP gave me a ‘legal family.’”

As a first-generation college graduate whose upbringing was divided between the West Indies and New Jersey, Dawkins has personally experienced the challenges facing first-generation law students. He said, “As someone who is both first-generation and orphaned at a young age, it was easy to feel I did not belong at the law school.  The MSP Family helped me to see and believe in myself through the many contributions of people that looked like me in our learned profession.”

Dawkins participated in several activities while in law school. He was an editor for the Rutgers Race & the Law Review, served as the president of the Student Bar Association, and participated in International commercial moot court competitions in Paris, France and Hong Kong, China. As a law student, he received the Garden State Bar Association Scholarship Award, the Wanda Green Endowed Scholarship Award, the Education Pioneers Fellowship, and the ABLS Dream Leader Award.

Dawkins said he is excited to come home to Rutgers Law and talked about the impact the school has on underserved students, explaining, “I was initially attracted to Rutgers Law because of its robust history and legacy of being known as the ‘People’s Electric Law School’ . . . Upon entering the law school, I immediately began to learn from professors, some of whom I found to be the most brilliant people I had met.  Outside of the classroom, I observed the law school’s administration, faculty, and staff balance professionalism and giving back through community service and learned the value of striking a similar balance in my own professional life.”

After graduation, Dawkins clerked in the Superior Court of New Jersey, Appellate Division, for presiding Judge Jose L. Fuentes.  After clerking, he entered into private practice, working on business law matters including employment and labor law.

It has been over 50 years since MSP was created at Rutgers Law, but Dawkins said the program remains as vital to students today as when it began, “MSP’s programmatic offerings encourage its scholars to dream big and explore meaningful career paths that are anchored in our unique experiences and diverse worldviews. For those of us who are invested in justice work, there is a general understanding that the problems we face as a nation are deeply entrenched and require consistent attention, energy, and effort to address over time.  MSP’s efforts are consistent and have paid dividends over the years, as Rutgers Law continues to develop diverse future leaders of the bar.”  Dawkins said he looks forward to working with Rhasheda Douglas, his counterpart as Dean of the MSP program in Camden.

He had this advice for future law students, “Ours is a world-class, prestigious institution with a down-to-earth familial feel.  Rutgers Law School does more than talk about diversity—it has made clear its commitment to advancing diversity and inclusion efforts in our profession throughout the years, specifically through the creation and sustenance of MSP and myriad other ways.  You need look no further if you are seeking a place that will be accepting and affirming of who you are, while helping to mold you into the professional you need to become to achieve your personal and professional goals.”